Reaching for help to save Rome’s public transport 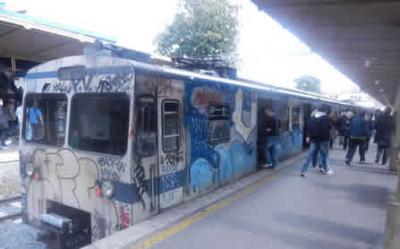 It has also been revealed that works on the upcoming Metro C have been halted, due to an unpaid bill

ROME - The past year might have been Rome's annus horribilis for public transport. Whilst the inefficiency of the transport system has always been well-documented, it now stands on the verge of collapse, thanks to an unprecedented number of management scandals.

Foreseeing a massive incoming of pilgrims for the Jubilee, the city administration is currently in a frenzy, trying to consolidate the bus and metro network – but the challenge seems daunting.

Needless to say, demand for alternate means of transportation is high. Uber, the private chauffeur company, took notice, and a few days ago unveiled their “Linea U” project for the city: an interactive map that lets users vote for an 8-stop bus line which will be activated on the December 10th, right on time for the Jubilee.

Of course, the announcement didn't sit well with taxi drivers, who protested in front of the Senate. UberPOP, the version of the app that lets anybody turn their car into an impromptu taxi service, was already banned on a national level back in May.

“Uber has a very aggressive expansion policy,” explains Guido Gentile, Professor of Transport Engineering at Sapienza University. “It has basically filled a normative gap in many countries, potentially allowing them to elude regulations. In this sense, I think the ban was legitimate.”

“As for the Linea U, the purpose is clearly to create a precedent and pave way for deregulation. But projects like these need planning from above; you can't just decide to set up a line in the middle of the city. If left to their own devices, private companies would naturally concentrate in high-flow areas, at the expense of the rest.”

Admittedly, though, Rome is reaching a point of non-return: breakdowns are a daily occurrence, both on buses and the underground; overcrowding is a plague, with only one vehicle for every 1,700 inhabitants; there are as many cars as people, and traffic is gridlocked every day that a conductors' strike is announced.

Only by getting the citizens back to trust public transport with their time and money can this cycle be broken. Right now, ATAC has hardly the credibility or the means to achieve this; but what about private parties?

“The Transit Agency already holds competitive bids to subcontract routes. The problem is, they are regularly deserted by private companies. So, not only do the citizens need to be convinced, but private investors as well.”

“Public transport is costly. A flat rate of 1,50 € – independent of the journey – is simply not enough. They need to introduce a system like London's Oyster card, make the driver responsible for ticket checking, or develop apps for paying by mobile. It's the only way to convince private companies that they will make a profit, without worrying about public funds which may or may not come.”