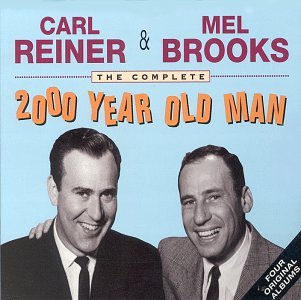 ROME-- Mel Brooks’ 2000 year old man explained it perfectly “Robin stole from everyone and kept everything”. It was Marty, the press agent who put out the story “he took from the rich and gave to the poor” to all the papers. “Who knew? He’d give you such a knock on the head that you wouldn’t remember anything anyway”.

Economics minister Giulio Tremonti is trying to emulate that version, but he doesn’t have Marty and he has not been able to knock us out before the act.

When he presented his budget to Cabinet on Thursday, the detailed measures were shrouded in mystery, or rather, they were simply fudged. First of all, €40 billion of the €47 billion plan will have to be carried out by the next government in 2013 and 2014. And then it was not clear where the €20 billion p.a. cuts were going to come from.
Now we have a better picture. Pensions between €1,428 and €2,380 gross (per month) will only have 45% of their cost-of-living increase. Above €2,380, there will be no increase at all. With a large and rapidly increasing older population, these cuts hit former wage earners (tendentially centre-left) more than self-employed (tendentially centre-right) but they will affect all social classes and voters enough to worry both the Northern League and the People of Freedom.

Another massive part of the budget comes from increased health service charges. At the moment they are talking of €10 extra for tests and specialist consultation and €25 for emergency services, not so much for Americans but a lot for Italians, especially poorer ones. According to a Rome University of Tor Vergata study, it would mean €10 billion cuts to health service translating into €500 extra per family per year.

Other estimates are equally dire. One study suggested the budget would cost everyone €741 this year; another that spending power would be reduced by €927 per family.

Local authorities are due to lose €9.3 billion cuts which will mean higher local taxes. And the proposal allows the government to gradually increase VAT over the next four years.

Outside the budget is an extra 6 cents on petrol and diesel supposedly to go to culture and to cover “extra” costs of immigration. According to a consumer group, this will cost everyone an extra €488 just this year.

So much for “stealing from everyone”. But he, or they, all the Merrie Men, keep it all for themselves. There is none of the “we’re all in this together”; on the contrary, most politicians think they earn their salaries and their generous perks.

Raising taxes at the moment is hardly unique to Italy but the increasing awareness of the excesses of the political class (known as the Caste after the 2007 bestseller La Casta) makes increased taxes doubly unacceptable. Wages and subsidies to national politicians will be reduced (tho’ one League politician had the nerve to say that municipal representatives were underpaid) but only after the next elections. Large official cars will also be abolished (with a limit of 1600 cc for all except the top people) but only when the present cars are ready to be written off. Not surprisingly, critical media delight in showing David Cameron on his bike followed by footage of an ordinary Italian minister in his large bullet-proofed car followed by a motorcade.

Italian members of parliament are the highest paid in Europe and the best that Tremonti can do is to propose a committee to discuss how to bring salaries into line with the bigger European countries. In contrast to pension reductions for the rest of the country, he has said that for politicians, “rights which have been acquired” cannot be removed. It is clear that for the moment, Berlusconi considers his followers’ loyalty much more important than his electoral support in the country. But many of those followers, especially in the League are already worrying about being re-elected so they will have to give the voters something and it’ll have to be more than Robin Hood’s press agent Marty.

In any case, we still do not have a clear picture even of what the government would like the budget to be – so much so that President Napolitano issued a communiqué today pointing out that he still has not received the bill. As ever, when there is uncertainty, speculators dive in and the ratings agencies worry. They still maintain that there is a 1 in 3 chance of lowering Italy’s ratings over the next two years.

I will try and deal with the costs of politics this week, if the rubbish in Naples and anti-high speed train wars in Piedmont don’t take over.

James Walston is Professor of International Relations at the American University of Rome.