The courage of Lea Garofalo 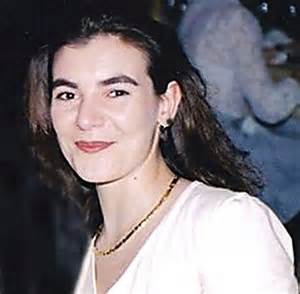 ROME - This week Italy commemorates the life and death of Lea Garofalo, an iconic figure in the fight against organised crime whose decision to break ties with Calabria’s powerful ‘ndrangheta mafia led to her murder six years ago aged 35.

Lea’s is a story of courage and hope. Courage to rebel against the rules of the ‘ndrangheta family into which she had been born and leave her mafioso partner Carlo Cosco in order to seek a better life if not for herself, for their young daughter Denise. Hope because through her sacrifice she showed that the mafia code of silence can be broken.

Lea’s story ended brutally on 24 November 2009 with her murder in a plot orchestrated by Cosco as much in revenge for the ‘dishonour’ of being abandoned as because she had broken ranks. However, the fact that testimony provided by Denise against her father following her mother’s disappearance (Lea’s remains only came to light in 2013 as a result of evidence emerging at trial) should have led to his life imprisonment is a source of inspiration for all.

The tale of the two women returned to the fore in Italy last week with the television premiere of Marco Tullio Giordana’s film ‘Lea’ starring a spell-binding Vanessa Scalera in the lead role and Linda Caridi as Denise.

The film not only gave a fascinating insight into the workings of the country’s most powerful mafia organisation, but it also highlighted the need for adequate support and protection for people wanting out.

Lea was born into the Garofalo clan in Petilia Policastro near Crotone in 1974. Her father and brother were both local bosses and met their death in feuds with rival clans. Cosco was an ‘ndrangheta affiliate with dealings in Milan.

Lea decided she had had enough of the mob lifestyle in 1996, when Denise was just five, but she only began collaborating with investigators as a testimone di giustizia (a citizen informant without a criminal record, not to be confused with a collaboratore di giustizia or pentito, namely someone who turns state’s evidence after being arrested or convicted of a crime) in 2002.

She and her daughter subsequently entered a witness protection programme and lived under a false identity in various locations around Italy for the next four years until their protection was removed on grounds Lea’s testimony had not been sufficiently effective.

Lea appealed against the decision and was readmitted to the programme, but she opted out voluntarily in April 2009 for reasons that remain unclear (there are suggestions that she feared for her safety and was frustrated with the apparent reluctance of investigators to take her testimony seriously). This is when she made the tragic error of renewing contact with Petilia Policastro and Cosco.

Her estranged partner orchestrated an unsuccessful attempt on her life in May 2009 before luring her to Milan allegedly to discuss their daughter’s future the following November. Her lawyer Enza Rando urged her not to go but she ignored the advice, insisting that with Denise’s presence her safety was ensured.

On 24 November while Denise was with relatives Lea was abducted, tortured and killed. Her body was then burned and the remains buried on a plot in Monza outside the Lombardy regional capital.

Denise, then 17, reported her mother’s disappearance and accused her father of murder. In March 2012 six people including Cosco and his two brothers were jailed for life at first instance for the crime, even as the defense continued to claim Lea had abandoned her daughter and moved to Australia.

One of the convicts, Denise’s ex boyfriend Carmine Venturino, subsequently made statements allowing investigators to uncover Lea’s scant remains, which were laid to rest following a civil funeral in Milan in October 2013 attended by several thousand people.

In May 2013 a Milan appeals court upheld the life sentences against four of the defendants including Cosco, reduced Venturino’s sentence to 25 years and overturned the guilty verdict against a sixth defendant on grounds there was no crime to answer.

These sentences became definitive in a supreme court ruling in December 2014.

Meanwhile Denise has been living under a new identity in a secret location under the same witness protection scheme that ‘betrayed’ her mother.

“The protection system for informants has undergone a series of improvements in recent years […] but testimoni di giustizia have a dignity of their own and deserve a specific law,” said Rando after the film Lea’s television premiere on 18 November.

Currently provisions for testimoni and collaboratori are set out under a single law, leading to confusion between the two.

“Informants and collaborators should never again be confused and a law would help resolve the current critical points,” the lawyer continued.

“If the mafia kills a magistrate the roles are clear and the law works for family members, but if the mafia tears to pieces those who rebel from within their own circle the law comes unstuck,” Mattiello said.

“A person who wants to break with those family ties, even if they don’t have precious information for the judiciary, must find the State.”