THE BLAME GAME IN AFGHANISTAN 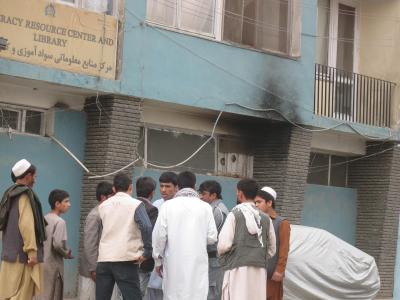 KABUL -- Afghan press service alerts initially spoke of an ‘American’ beaten to death in the Panjshir Valley on June 3 after he opened fire on a local. Later it was found that the man killed was actually an Italian anti-narcotics agent. Reports in the Italian media claimed that the Carabiniere had ‘’died defending an American woman’’.

According to the Italian daily Corriere della Sera, the 50-year-old officer employed as an anti-narcotics expert at the Italian embassy in Kabul had been trying to protect the woman from an Afghan ‘thief’ whose ‘accomplices’ shot him with Kalashnikovs. Other Italian press sources claimed that the Afghan had ‘’grabbed the woman and violently shoved her against a wall’’. Reports in the Afghan press, on the other hand, widely reported that the boy was leading a mule on the steep, narrow mountain paths leading down from the emerald mines for which the Panjshir is known, and when the mule hit into the man’s female companion. In trying to move the pack mule and prevent the woman from being injured, the 24-year-old touched the woman – or at least the Italian officer, Cristiano Congiu, believed he had – and Congiu shot him in the hip, resulting in serious kidney and liver damage. The injured boy’s friends then went to the nearest village and returned with others and weapons and killed the officer.

Rumours, troublesome to uproot anywhere once they have taken hold, have a tendency to stick in places like Afghanistan, infused as they are with an oral culture and suffering from extremely low literacy rates. And anyone spending more than a few days talking to Afghans will likely get frustrated at some point at hearing the kharejis (foreigners) blamed for this, that and seemingly everything. But Italy, and the West in general, clearly also have their own narratives to abide by.

Now, it seems, Obama has told them that the time has come for Afghans ‘’to stand on their own two feet’’, with the drawdown of 5,000 troops in July and another 5,000 by the end of the year, to then pull out about a third of all troops by next summer and the rest by 2014. The July 22 announcement of the US troop withdrawal timeline followed closely on the heels of Karzai’s recent harsh criticism on June 18 of the US as ‘’occupiers’’ who ‘’have built roads for themselves and not us’’, and US ambassador to Kabul Karl Eikenberry’s reply that ‘’At the point your leaders believe that we are doing more harm than good, when we reach a point that we feel our soldiers and civilians are being asked to sacrifice without a just cause, and our generous aid programs dismissed as totally ineffective and the source of all corruption […], the American people will ask for our forces to come home.’’

To some, clearly, the pullout seems more than justified in return for the ‘’ungrateful’’ attitude of those to whom the West claims to have given so much, though such a view tends to ignore the daily travails, fear of night raids, rampant corruption fuelled by questionable foreign contracting practices, credibility and funding bestowed on war lords as well as other negative aspects of foreign presence regularly experienced by those living in the country.

On the other hand, despite the ever growing number of schools, media outlets, access to healthcare, electricity, investment and infrastructure, I also hear repeatedly from many foreigners, most of whom know little about the country, that ‘‘it’s worse than before we went in’’. That ‘’we’re slaughtering innocent civilians’’. And yes, there are regular reports on arrests due to ‘mistaken identity’, night raids, atrocities committed by soldiers, etc., in Western press sources. But UN data show that a majority of civilian casualties are the result of Taliban attacks, with most from suicide bombs and remote-controlled blasts.

The latter is a statistic which bears repeating. And many Afghans would still rather end up in the hands of foreign troops, whom they feel they have better odds of getting fair treatment, than in those of their Afghan counterparts.

In any case, fully aware that the time is drawing close and that prior cooperation with foreigners could mean a death sentence in the near future, many Afghans seem to be ‘’building up credentials’’, ‘’thinking about their future and that of their families’’ by espousing views they might never have previously, in preparation for the Taliban’s likely involvement in power in the near future. Others are seeking an alternative way out, trying to get a visa elsewhere through any means possible. And others are tentatively hopeful.

About a week prior to Congiu’s death, the country head of a European government-funded organisation I have known for some time was directly involved in an incident in the Panjshir valley as well. Both local and foreign staff from his organisation, which funds projects mostly related to infrastructure and well-building in the north, were on their way to an annual team-building field trip. Suddenly a 4-year-old boy ran out into the road. The boy was struck, fell, and rose again. Immediately villagers swarmed around, yelling and growing more and more enraged in what could have become yet another mob killing, like the April 1 one in Mazar-i-Sharif in which 8 UN staff were killed by a furious mob or numerous others in villages suffering civilian casualties following US air strikes.

Managing to maintain some level of calm and forced to leave the Afghan driver in the hands of the villagers as ‘’surety’’, the organisation rushed the boy to a nearby medical unit, and then paid to have him transferred to a hospital in the capital. Nevertheless, a few days later he died from the injuries suffered. A series of difficult negotiations and the calling of a shura were required to secure the driver’s release, but by paying $6,000 (nominally for the funeral, as it was ruled to be an accident by the community leaders) it was achieved . However, a rumour had spread that the sole female (foreign) staff member had been the one driving the car and that there was some sort of cover-up underway, and she was forced to return to Europe out of threats to her personal safety. The one positive element to come out of the entire incident, in the man’s opinion, is that having gone to a great deal of trouble to get the driver released his local staff now trust the foreigners in the organisation more, knowing that they will not just abandon them to their ‘fate’ even if it is the easiest option. That only now has a true sense of common purpose begun to develop among them.

Further north, a few days after I travelled through Tahkar province in north-eastern Afghanistan on my way back to Kabul, the very well-known police commander for the north and former interior minister General Daoud was killed in the provincial capital when a bomb exploded during a top level security meeting with German officials held to inaugurate a counteroffensive to the Taliban’s spring offensive. Also killed in the Tahkar attack were the Afghan National Police commander for the Tahkar region General Shah Jehan Nuri, two German soldiers and two other Afghans, while among the seriously injured was German ISAF General Markus Kneip, in charge of the Regional Command North and the highest ranking official to have been seriously injured in Afghanistan so far.

Shortly after the attack and the general shock it caused in at least some parts of the country, students at Kabul University blocked access to the campus to protest his death and demand that the government bring in a serious inquiry. Meanwhile, a fellow journalist who had left at dawn the morning after the attack to cover the story was told by an Afghan reporter from the area that it had been the female translator of the German general to blow herself up, a view later heard from several other locals as well. When asked for proof, the local reporter smiled and said that he had his sources. Why the woman would have done such a thing does not matter – all kharejis are not to be trusted 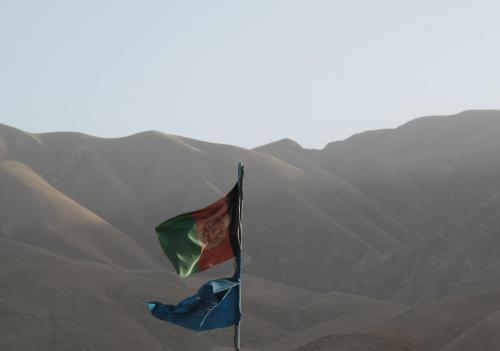