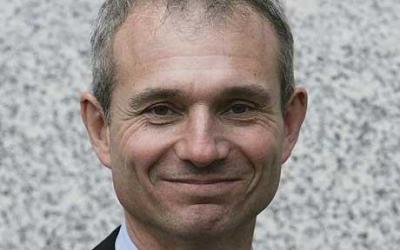 David Lidington is the UK Minister for Europe.

ROME -- The British Minister for Europe, David Lidington, took up the issue of Italian universities' shameful, discriminatory treatment of UK lecturers this week during a meeting he had with the Italian Foreign Minister, Franco Frattini, officials said. Diplomatic sources described the talks as "encouraging." Mr Lidington has on previous occasions stated that the British government was taking the matter very seriously, describing the treatment of foreign lecturers in the peninsula as "unacceptable," but until now the concern did not appear to be shared by Italian officials.

A British Embassy source said during the discussion Signor Frattini told Mr Lidington he would look into the situation and then provide an update. Italian legislation is currently under attack due to a number of foreign lecturers who are receiving prejudice treatment based on their nationality.

Last week, MP Mark Lazarowicz for Edinburgh, questioned Mr Lidington in the House of Commons in prior to his Rome visit.

“Yes, I intend to visit Italy in the next week and this is certainly one of the items that will be on the agenda for discussion,” Mr Lidington said.

A number of British lectures are in the midst of legal battles which begun over 20 years ago. Due to the Gelmini reform in 2010 such litigation has only been exacerbated as it puts lecturers who began work after this time into a category of “linguistic technicians” who therefore receive lower salaries and are not entitled to carry out research.

"It is an outrage that in spite of numerous court rulings, the Italian authorities have not yet complied. I know that both the current and previous UK governments have been pursuing the issue with the Italian government, and they must continue to do so until there is a satisfactory outcome," Mr Lazarowicz said.

Plight is rather a mild way

Plight is rather a mild way of putting it. Mobbing and abuse are more appropriate terms. My husband and I are both lettori with a 15 year old boy to maintain. Both fired by the University of Bologna, both reinstated, both forced into multiple court cases just to get our salaries, no holidays – lawyers to be paid. The European Court of Justice was supposed to put an end to all this guaranteeing us a monthly pay cheque like our Italian colleagues. Instead Bologna University tried to bully us into accepting new contracts as technicians. We never signed – so the latest trick is to pretend we don’t exist – aggravated by the Gelmini reform blocking us now from access to the judicial review. Abuse, basic human rights trampled on in this brave new world which is Europe. I have watched 3 colleagues die prematurely (no I can’t prove a direct link – but sustained stress is a known killer – and who couldn’t be stressed by 20 years litigation to get their wages). I hope Mr Lidington and Mr Frattini will put this wrong right – Mr Frattini would not tolerate this if it was happening to Italians in the UK - Mr Lidington should put his job on the line, he’d get support from every minister in Europe – a good career move irrespective of whether he is pro or anti EU. It’s about the rule of law.

I second the previous comment - the fact that the only way to obtain one's "rights" as an EU citizen is to spend most of your life in constant litigation is patently unfair. In a country where litigation is expensive, bewildering, interminably slow, unpredictable and thoroughly inconsistent the whole concept of a "European Union" becomes a joke.

Encouraging as it was to see

Encouraging as it was to see that Mr Lidington brought up the question of the foreign lettori with Minister Frattini, those most sceptical amongst us will wait to see how it pans out before we get too excited.

I was quite tickled to read that Frattini had asked for more time to examine the question. For heaven’s sake,the man is an ex- European Commissioner! That’s akin to Mick Jagger asking for a bit of time so that he can be briefed about what went on in the 60s.

Italian Minister Catia Polidari is asking the British to make it easier for Made in Italy goods to find their way into the British market. I would like to remind Mr Lidington, that I was “made in the Britain” yet successive Italian governments have made it impossible for me to compete with home-grown items!

Yes, well, we all know what

Yes, well, we all know what the word ‘pledge’ means used in relation to the Italian government, just as we know what Mr Frattini’s saying that he will ‘look into the situation and then provide an update means’. A situation he is more than fully aware of, as has already been pointed out above. Moreover, a situation all previous governments – left as well as right – have always been aware of. This is simply more sidestepping and playing for time to drag things out the duration of the current government in order to pass the buck on to the next. In the meantime, we’ll get rid of a few more of these nuisance-making foreigners who’ll either retire or run out of money to pay legal fees or simply die. What’s new? This has always been Italy’s policy. The only novelty now is the Gelmini Law, a law which blocks access to the courts to a group of non-Italian nationals seeking redress, something no country which calls itself a democracy should tolerate, and which no union of democratic countries should tolerate, either. OK, the EU would prefer the matter to be sorted out locally without having to intervene directly, but surely the time has come for direct intervention. If the EU does actually exist in practice, that is, and not just on paper. If not now, when? When we’re all dead, perhaps.