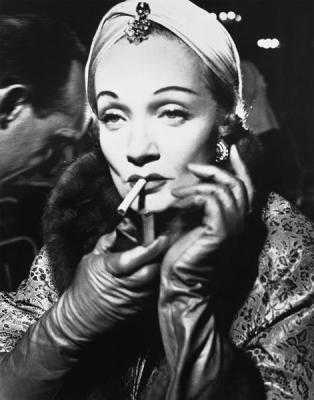 Avedon's image of Marlene Dietrich at the Ritz, Paris

ROME - Influential photographer Richard Avedon’s work is on display at the Gagosian Gallery. “Avedon: Beyond Beauty,” is a career-spanning exhibition that includes almost every published fashion photograph from Avedon’s highly distinctive and influential oeuvre, as well as a number of his iconic portraits of female subjects.

Whilst working as a photographer's assistant in the U.S. Merchant Marine during WWII, Avedon was given the task of taking ID photographs. He commented: "I must have taken pictures of one hundred thousand faces before it occurred to me I was becoming a photographer." From the outset of his professional career as a photographer, his command of composition, situation and circumstance, as well as his erasure of the distinction between "art" and "commercial" photography, resulted in a highly impactful body of work, whether celebrity portraiture, brand-defining commercial work, or gritty cultural and political documentary concerning race relations, poverty, and war.

From the beginning of his career as a fashion photographer in the 1940s, Avedon was renowned for his distinctive and transformative imagery, which challenged the boundaries of conventional beauty. For sixty years, he worked with inventiveness, wit and insight, taking pictures of both anonymous and well-known female subjects, from celebrities and models to friends and family. Fascinated by photography’s ability to evoke the personality of its subject, he also regarded pose, attitude, clothing and accessories as vital, revelatory elements of an image.

This exhibition emphasises the breadth of Avedon’s creative and sometimes shocking representations of women, from intimate portraits to celebrated fashion photographs for Harper’s Bazaar, Vogue, The New Yorker and other publications. He sets models in action, inciting them to appear questioning, unruly, vivacious, and confidently alive. The exhibition begins with the Early Paris Fashion Portfolio, a collection of eleven images commissioned by Harper’s Bazaar between 1947 and 1957, all of which were taken outside of the studio to capture the street life of Paris. In one image, a model appears suspended above a cobblestone street, umbrella in hand; in another, Marlene Dietrich, wearing a Dior turban, suavely lights up a cigarette at the Ritz; in another, a svelte Dorian Leigh gazes at her reflection whilst standing in Helena Rubenstein’s dressing room.

It was the trust between Avedon and his subjects that enabled bold experimentation. This is perhaps most apparent in the work produced in the stark white environment of his studio: from the poised, swan-like Gloria Vanderbilt (1953) to the angel-faced Cheryl Crane (1963), who Avedon photographed after she was exonerated from a murder charge, to the highly animated, leonine Tina Turner (1971). In an image from 1967, Veruschka appears to drift effortlessly upwards en pointe, a winter dress by Bill Blass billowing around her. Jean Shrimpton lunges across the scene in an ethereal Pierre Cardin evening gown (1970). Thirty years later, Malgosia Bela and Gisele Bundchen brace themselves against invisible harm in edgy Dior couture. In contrast, there is the macabre and darkly humorous New Yorker colour fashion portfolio entitled In Memory of the Late Mr. and Mrs. Comfort (1995), in which perverse beauty and eccentric luxury clash with reminders of mortality. Combining design, choreography, acute compositional awareness, and sheer verve, Avedon’s images established new historical benchmarks. Unforgettable portraits, street work, and fashion photography attest to his career as a prescient social documentarian and stylistic innovator of unparalleled relevance and influence.

AVEDON: Beyond Beauty will be on display until 11th April. For more information, contact the Gagosian Gallery on 06 4208 6498.

Richard Avedon (1923–2004) is widely acknowledged as one of the most influential artists of the twentieth century. Born in New York City, he began his professional career as a photographer for Harper's Bazaar in 1945, eventually joining rival Vogue magazine, where he remained until 1988. In 1992 he was named the first staff photographer for The New Yorker. His work is included in the collections of MoMA, the Smithsonian, and the Metropolitan Museum of Art, along with countless other museums and institutions worldwide. Avedon’s first museum retrospective was held at the Smithsonian Institution in 1962. Many major museum shows have followed, including Whitney Museum of American Art (1994) and two at the Metropolitan Museum of Art (1978 and 2002). A 2007 retrospective exhibition organised by the Louisiana Museum of Modern Art in Denmark traveled to Milan, Paris, Berlin, Amsterdam, and San Francisco. “Richard Avedon: People” was presented at National Portrait Gallery, Canberra in 2013, traveled to Art Gallery of Western Australia, Perth in 2014, and is on view at Ian Potter Museum of Art, Melbourne through March 15, 2015.

Richard Avedon established The Richard Avedon Foundation during his lifetime. Based in New York, the Foundation is the repository for Avedon's photographs, negatives, publications, papers, and archival materials.

"Whenever I become absorbed in the beauty of a face, in the excellence of a single feature, I feel I’ve lost what’s really there...been seduced by someone else’s standard of beauty or by the sitter’s own idea of the best in him. That’s not usually the best. So each sitting becomes a contest."—Richard Avedon 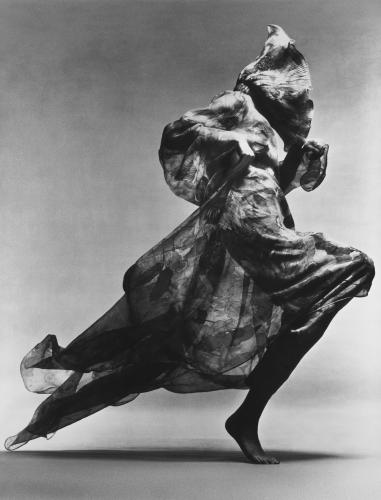 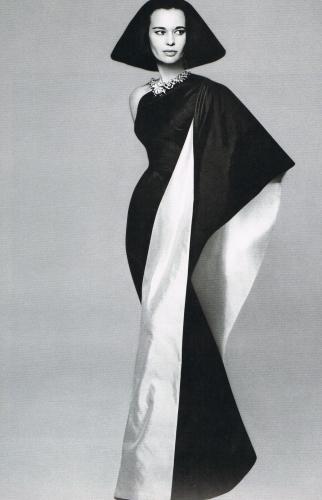