BTO 2014 ready to launch in Florence 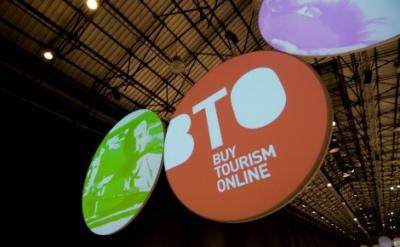 FLORENCE - The seventh edition of the BTO “Buy Tourism Online” conference is due to start on Dec 2 at Fortezza da Basso in Florence.

The event dedicated to travel 2.0, which in 2013 registered 7,000 attendees, 220 speakers from all over the world, over 200 accredited journalists and 140 bloggers, has been enhanced with several important new features.

The event, created to provide tour operators, marketing experts and public administrators with the tools to improve the performance of their structures and promote their sectors on the internet, has just this year gained an outstanding collaborator in Philip Wolf. Wolf, the founder of PhoCusWright©, was a guest at last year’s edition at which an immediate empathy was formed with the BTO team.

As for the programme, to meet market changes and the needs of the tourist-traveller 2.0, the T of BTO not only refers to the T in ‘Tourism’ but also in ‘Travel’ and ‘Technology’. The focus returns to the evolution of Mobile, Food and Travel, and Reputation and Relevance.

Space is also be given to the most innovative startups in the field of travel and to industry research presented for the first time at BTO. The economy of sharing is set at the centre of Sharing cars & accommodation, the section that sees among the guests Petra Friedmann, President EMEA at Homeaway, and a surprise speaker from Uber, the company that launched the controversial app that puts passengers in touch with drivers. Also bringing along their experience on the subject of Mega Metasearch are four world giants of the sector, Expedia, Trivago, Skyscanner and Kayak.

Unprecedented for BTO is the ‘Technology’ topic that will focus on Hospitality Internet of Things, with examples of the way in which the web simplifies life for the user-traveller, and on wearable technologies that have come to the fore after the launch of Google Glass and Smartwatches.

Another rather provocative new entry is the study Human to Human curated by Paolo Iabichino, Group Executive Creative Director of Ogilvy & Mather Italy. Here BTO will put the emphasis on the importance of the people who work in the tourism sector, a sector that puts reception, hospitality and human interaction at the top of the scale of values. In short, people are at the centre, even in the internet era.

Last, but not least, are discussions involving airline companies, with a precedent having been set by the participation of Emirates at BTO 2013.

Registration for BTO 2014 is open online on the official website for the event. A special offer is also available for those under 26, while tickets remain.

The media partner and official website for Tuscany is www.intoscana.it.