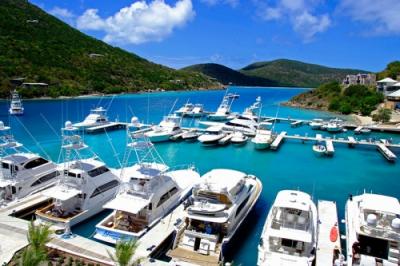 ROME - A new law was introduced by the Senate this week reducing VAT to 10 percent for moorings in Marina Resorts to encourage marine lodging.

The decree named Unlock Italy waspublished in the Italian Official Gazette as law 11/11/2014 no. 164. By this law, the Marina Resorts, portions of marinas intended for overnight moorings on board, got the final approval for reduced VAT of 10% which will apply to boat moorings as in traditional tourist facilities like hotels.

At the request of the UCINA Association, the Ministry of Transport has established the necessary requirements, providing mooring for at least 7 units, the supply of electricity and water, supervision, routine cleaning of the common areas, collection and disposal of waste solids, the collection - which can also be performed with mobile devices -of black waters.

The lawcontains a provision that strengthens the ability to request concession areas within the commercial ports managed by Port Authorities. The Law 84/94 is amended by providing that "in the case of structures or areas suitable which are under-utilized or otherwise used for port functions of overriding public interest, is assessed the completion of the above priority areas and facilities at marinas."

The Presidentof Confindustria Nautica UCINA Massimo Perotti said, "these are important steps toward a new vision of recreational boating, and the lawrecognizes the strategic importance of our industry for the country. We expect that this has an immediate follow-up and that we can tackle the upcoming season with serenity." UCINA considers it important to be able to communicate the certainty of the new rules in advance of the season, in order to communicate the new opportunities abroad especially to attract nautical tourism.

In the reportaccompanying "Unlock Italy" the Government has clearly stated that the sums to stabilise the rule would be found in the Law of Stability. Therefore UCINA Confindustria Nautica expects the government to act on a number of assurances he gave.

The Parliament too is called upon to do its part, following related declarations and agendas approved by both the House and the Senate.

In the discussionwhich took place in the Senate regarding the revision of the Marine Code, all political forces were in favour of the tourist industry. Politician said in unison that the boating industry and its tourism supply chain are an essential resource for Italy, "one of the few sectors that can restore jobs and wealth and help us out of the crisis."