US diplomat 'suspected in Moro murder' 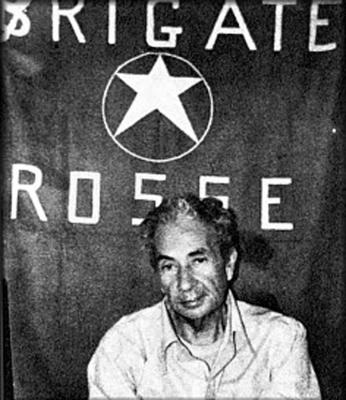 ROME – Italian authorities have appealed to place former US envoy Steve Pieczenik under investigation for alleged complicity in the 1978 kidnap and murder of former Italian Prime Minister Aldo Moro.

Italian prosecutors in Rome have recently alleged that there is “serious evidence” which heavily implicates Mr. Pieczenik in the murder of the former Prime Minister, but they remained vague as to what exactly the new evidence is.

Mr. Pieczenik has a long and storied history within the US State department, which includes service under Presidents Gerald Ford, Jimmy Carter, Ronald Reagan and George H.W. Bush, as Deputy Assistant Secretary of State. At the State Department he primarily served as a “specialist on hostage taking.”

He was the primary negotiator in many high profile hostage crises, including the 1976 TWA Flight 355 hostage situation, the 1977 kidnapping of the son of Cyprus’s president, and was heavily involved in negotiations in securing the release of Prime Minister Moro for which he is credited in the United States for preserving democratic stability in Italy during the crisis.

The actual role Mr. Pieczenik may or may not have played in the kidnapping, negotiations, and subsequent death of Moro are fraught with controversy and mystery.

Following the March 16 1978 kidnapping of Moro, in which his car was ambushed by Red Brigade terrorists killing his driver and five policeman, Pieczenik was sent to Italy by President Jimmy Carter as special advisor on the crisis.

On the day of the kidnapping, Moro, who was the leading member of the Christian Democratic party, was on his way to a historic vote which would have made the Communist party a strategic ally and catapulted them into a leading role in Italian politics.

During the height of the Cold War, the prospect of having Western Europe’s largest Communist party rocketed into the mainstream political discourse of an important NATO ally, was vehemently objected to by the United States and many other Western nations.

The widow of Moro, Eleonora, once claimed that Henry Kissinger told her husband he was going to "pay dearly for it".

The kidnapping has long been rumored to have been secretly carried out by everyone from the mafia, to Italian Intelligence, to the CIA.

The body of Moro was found in the trunk of an abandon car between the offices of the Communist party and the Christian Democrats.

Even almost 40 years after the kidnapping and murder, the investigation is bristling with controversy as it touches on many matters of state intelligence that neither the United States, or Italy may be willing to have fully disclosed.

The recent request by prosecutors to investigate Pieczenik comes just after another request to probe two Italian Intelligence agents who where allegedly present at the time of the kidnapping was denied.

It is highly doubtful that prosecutors' inquiry into Pieczenik will actually go anywhere, as it would demand the cooperation of the United States, who historically do not turn their citizens over to foreign governments for prosecution regardless of circumstance.