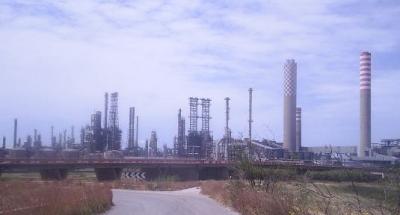 ROME- The Eni oil refinery in Gela is to be turned over to biofuel after the company arrived at a job-saving agreement with the government.

Federica Guidi- Minister of Economic Development- and the management of Eni’s refinery in Gela arrived at the positive agreement on Thursday over the future of the company and its employees.

“Deal done with Eni in Gela. The refinery will become green. Saved all the jobs.” tweeted with enthusiasm Enrico Romagna Manoja, secretary for Minister Guidi.

The agreement consists of the ‘green’ conversion of the Sicilian refinery in Gela which will become one of Italy’s major producers of biofuel. The full investment amounts to two billion euros saving all 970 employees from redundancy. In addition, there will be the implementation of a new building- a bio refinery- which will be the logistical base for the on and off-shore business.

According to Mise- Ministry of Economic Development- “the green reconversion is an outstanding result, a reflection of the profitable cooperation between Mise, Eni’s administration, the Sicilian region and labour unions.”

Antonio Ferro – head of Uiltec Sicily, an influential labour union- confessed, “I was not expecting this result but I am glad to announce this agreement as the green conversion of Gela represents an important step towards the protection of jobs and the strengthening of the industrial sector.”

Indeed, the newly bio- refinery in Gela has a considerable geopolitical importance, as it is the main point for oil arriving from Libya along the important pipeline across the Mediterraean Sea.

Rosario Crocetta – President of Sicily- solemnly affirms, “With Gela we write a new page of history. We start again our industrial path, renewing the refinery, thus promoting eco-sustainability and forgetting about the past years of industrial pollution. We are now looking towards the welfare of our citizens.”

In fact, the project of green conversion agreed in Rome it is the biggest green-energy project ever undertaken in Italy. The Government has already allocated 200 million euros to reclaim the areas around the refinery and the dismantlement of the former building.

The green plan, thanks to the synergy and the will of stakeholders, seems to be on the right path. However, doubts have been raised over conspicuous funding for the maintenance of the agreement, as Mise and Eni have not yet revealed any realistic working schedule.