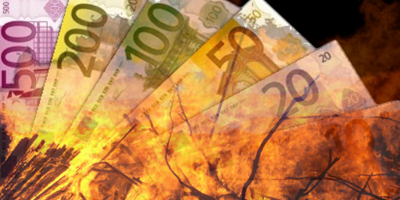 ROME - Italy is to eliminate 3.3 billion in planned tax cuts, according to a letter to the European Commission written by Italian Economy minister Carlo Padoan.

“The Italian economy is going through one of the most severe and lengthy recessions in its history, a fourth year of recession is to be avoided by all means as it would be extremely problematic to pull the country out of such an economic environment.” Mr. Padoan wrote in his letter.

Mr. Padoan’s letter is emblematic of just how fragile the state of the current Italian economy is, which is facing record unemployment and has had a decline of real GDP by nine percent since the start of the global financial crisis in 2008.

The elimination of planned tax cuts is one of many concessions Italy has recently made to the European Union regarding its 2015 budget, which was initially rejected by the EU.

The decision comes as part of several 11th hour adjustments made to Italy’s 2015 budget in order to avoid a battle with the EU over monetary policy and in order to have its budget approved by the European commission, the executive branch of the EU.

The adjustments to the budget have not been entirely outlined, however it has been stated that the changes will still not allow Italy to bridge its deficit gap, which could anger EU member states, and was one of the reasons Brussels initially rejected the Italian budget.

In addition to backing away from future tax-cuts, Italian politicians have promised to make serious budget cuts for 2015, which has reassured EU officials of Italy’s commitment to their budget policies for the time being.

The ability of Italy, the third largest economy in the Eurozone, to bring new life into its economy will have an enormous effect on the EU as a whole, which saw stagnation in the second quarter and is feared to be on the brink of a another recession.

The fact that the new budget agreement does not tackle Italy’s deficit, along with the agreement by Italy to increase spending cuts despite Prime Minister Renzi’s anti austerity message, is a sign of the lack of willingness of both the Italian Government and EU to engage in a long drawn out budget battle in a time of such economic instability.

Many economists both within and out of Italy argue that increased government spending, as opposed to further austerity, is needed to break the economic stagnation in lieu of dwindling consumer spending as wallets tighten in the midst of economic uncertainty.

However, the debate over austerity is not likely to be resolved anytime soon. The European Commission has changed the deadline to approve budgets from what was supposed to be last Wednesday, to sometime in November, leaving the decision to the new European Commission, which will soon take office.