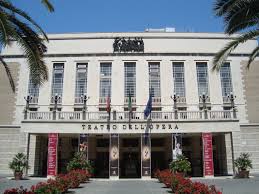 ROME – An ongoing dispute over redundancies at the Rome Opera House led to a sit-in outside the theatre before the opening night of Rigoletto on Tuesday.

The planned mass-firing of 182 orchestra and choir staff in January next year has caused outrage, with labour unions “condemning the redundancies and externalisation.”

Orchestra members staged a sit-in and then read a statement condemning the redundancies to the audience at Rigoletto.

One union representative, Pasquale Fallaci, claims to have been fired immediately after speaking to the press about the disputes. However, the theatre denies his claims and attributes their decision to allegations that Mr Fallaci falsified his wife’s working hours.

Around 30 members of the orchestra assembled before the opera house as Personnel Manager Stefano Bottari met with union heads. They wore white shirts with black musical notes.

The performance of the Verdi opera went ahead as planned, however the uncertainty created by the dispute lingers over the theatre with the majority of the season still ahead.