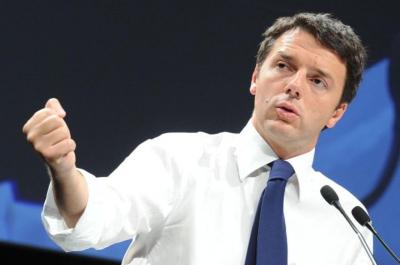 ROME – Prime Minister Matteo Renzi has pledged to give 80 euros a month for three years to new mothers in a tax break, along with a promise to reduce taxes, beginning in January 2015.

Currently, the Italian government provides 80 euros monthly to those making under 1500 euros a month, those that qualify for both programs will theoretically have their tax break doubled to 160 euros a month. The new law pledged by Renzi on Sunday would extend that support to all families with children under three years of age regardless of income. What was not mentioned was whether or not those that are in the lowest income bracket, who do not pay taxes, would receive cash instead of a tax break.

The new law is apart of Italy’s larger Stability Program, which was adopted in 2012 with the goals of reaching sustainable employment rates by 2020, reducing the cost of raising children, restoring economic growth and the general modernization of the country.

The Stability Program, which was a response to Italy’s failing economy after the global financial crisis, was largely an attempt to placate a frustrated Italian public by promising future work opportunities, while reducing taxes and stimulating the country's stagnant GDP.

The Stability Program thus far has yielded few results. The overall unemployment rate in Italy has increased from 10.6% in 2012 when the program was adopted, to 12.3% in August of this year. This in conjunction with an average individual tax rate of 43% of income has squeezed the majority of the Italian public into a financial corner.

Prime Minister Renzi’s plan of providing 80 euros a month for new mothers is designed to relieve the pinch felt by families, although it is uncertain how much relief a mere 80 euros a month could provide.

“For the first time in years the Stability Law of 2015 provides 18 billion euros less in taxes. We understand that Italy cannot ask for more of the usual pay.” Renzi said Sunday night on live television.

The burden upon Italian families has almost reached a breaking point in the country. The increasingly difficult challenge of finding a job that pays well enough to support a child, in conjunction with cost of schooling, healthcare and all other expenses that go into raising children has caused many Italians with children to flee the country, and has caused would be parents to give up on the idea of having children all together.

The most worrisome symptom of the financial burden on families perhaps, is the extreme decline in the Italian population. The birth rate in Italy stands at roughly 8.94 births per 1000 people, while the death rate stands at 10.01% per 1000. This, in conjunction with a rapidly aging population, is devastating Italy’s ability to replenish much needed labor.

Despite the challenges faced by Italy and the Stability Program, Renzi’s pledge of 80 euros a month has been met with popular support.

"This is a very wise solution: we have found the tools to tell who needs the January 1 payroll, and the company’s will be able to ask them, and at the same time the banks will be more free to help businesses to solve the problems of liquidity. We will leave to the citizens the freedom to do as he pleases.” Renzi said, touting his reform of the Stability Program.