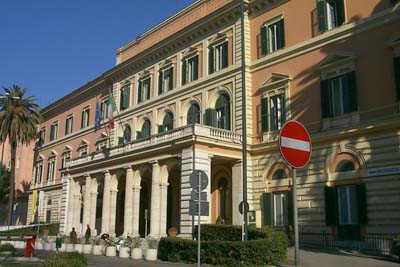 Umberto I Hospital in Rome

ROME – A patient at Umberto I hospital for Ebola tests was actually suffering from Epilepsy, officials confirm.

The Somalian man was at the Immigration Office this morning to submit visa renewal papers. Flavio Tuzi, the Secretary General of the office, said, “he was losing blood from his nose and his condition deteriorated in a matter of minutes.”

The man has been resident in Italy for two years and was admitted to hospital for tests. He was suffering from a fever as well as bleeding.

As of Oct. 8 4,033 people have died in the recent Ebola outbreak in five countries, Liberia, Guinea, Sierra Leone, Nigeria and the U.S. Health workers on the front line of the epidemic have warned that at current levels of resources authorities are not able to keep up with the disease.

The World Health Organisation have predicted a total of 20,000 cases before the end of this outbreak, but some scientists have warned that this may be an optimistic forecast.