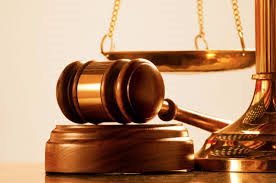 "Two systems of criminal justice in Europe –an obstacle to European political unification ?" - a talk by Torquil Dick-Erikson M.A. (Oxon) will be delivered at the South African Embassy  July 22, at 6.30 pm.

Mr Dick-Erikson's interest in Human Rights law and the Anglo vs Napoleonic-inquisitorial (esp Italian) criminal justice systems goes back over 30 years, and has led to him writing and lecturing extensively in this area  He is particularly well-known for his work on the European Union's‘Corpus Juris' project for an "embryo future European criminal code", which was unveiled at a seminar in Spain in 1997, which Torquil attended.

The first step towards an EU criminal code is the European Arrest Warrant. Britain's continued acceptance of the EAW has been debated in Parliament:  up to 100 backbench Tory (and other) MPs are expected to oppose the government's intention to reconfirm it.

The presentation will start at 6:30 pm and be followed by questions and debate, and then refreshments - South African wines and finger food prepared by the Embassy's own chef - will be served. The event will end at 8:45 pm.

The event is free for Commonwealth club members. A donation of 15 euros will be expected from non-members.

It is essential to register your interest by writing with your contact details to ccrome08@gmail.com by Thursday 17 July at the very latest.

You may also wish to join the club at the same time. Details on http://www.commonwealthclubrome.org/index.html

A message will be sent out shortly to those who have registered giving details of how to pay if you are not a member of the Commonwealth club.

Seating is limited, and places will be allocated on a first come, first served basis.