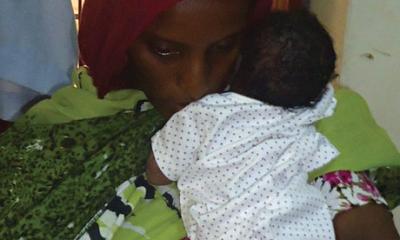 ROME-Antonella Naples, president of the association 'Sudan change now', has confirmed that the Sudanese authorities have released Meriam Yeya Ibrahim-the news was announced via their Facebook page 'Italians for Darfur'.

Ms Ibrahim’s Christian husband from south Sudan, Daniel Wani, told Ms Naples that he was “very worried” for his wife, aged 27, whose death sentence was revoked on Monday.

Ms Ibrahim was convicted of apostasy while she was pregnant, for marrying a Christian. According to Sudan state laws, the conversion of Muslims to other religions is a crime punishable by death.

Sudanese media reported that Ms Ibrahim gave birth to a baby girl in May whilst she was being detained in prison.

“The Sudanese woman was released from jail on Monday after being sentenced to death for apostasy - Ms Naples announced- "however she was stopped and detained at Khartoum airport whilst trying to leave the country with her husband and two sons.”

The Sudanese embassy in Italy said Ms Ibrahim was arrested at Khartoum airport because of a “procedural problem.”

However the president of ‘Sudan change now’ added; “Meriam has been transferred to a safe place, ironically by the same secret service that subjected her to a lengthy interrogation."