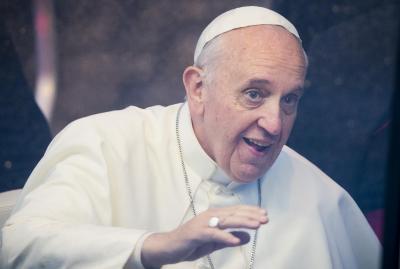 ROME-Pope Francis has confirmed his trip to Sri Lanka in January 2015, and he might also visit the Philippines, Vatican sources said Thursday. Next to his plans to visit the Holy Land in May, and Korea in August, the sun-drenched tea-producing island ad former Ceylon is another location the pontiff will head to in Asia.

According to the Vatican Insider, “the trip is already planned,” and the priests in Sri Lanka believe the Pope’s presence in their country will favour reconciliation and genuine social peace on the island.

The only wish expressed by the bishops is that the trip coincide with the canonization ceremony of Joseph Vaz (1651-1711), an Indian priest, apostle of Ceylon beatified by Pope John Paul II in 1995.

The figure of Vaz is venerated throughout the entire island, uniting two principal ethnic groups, Senegalese and Tamil. Between 1983 and 2009 civil war among these two groups caused more than 70,000 deaths. Currently, the situation is still unstable, but there is hope that the pope’s visit could help restore peace.