My personal memory of García Márquez 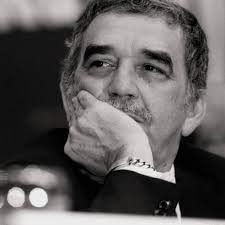 ROME-I founded IPS in 1964 and, until I left in 2001, I tried to give space to Latin American writers - I did the same with film directors for the time I was  RAI director for Latin America ( 1969-1981), giving space to famous directors but who had been marginalised for political reasons, such as Glauber Rocha, Leon Hirschmann, Jorge Sanjines, Joaquim Pedro de Andrade and Mario Sabato, to name those more famous today. In my view, artists must be supported in spite of their political affiliations.

At the very beginning of IPS, I met an exiled Guatemalan living in Rome called Miguel Angel Asturias. He was introduced by Rafael Alberti, another exiled writer, but from Spain, who wrote essays for us. Miguel Angel was a very serious person, and full of nostalgia for his country. He wrote several articles for us, and then came the end of his country’s military government, and he was appointed ambassador to Paris, where he received the Nobel Prize in 1967. He came back to Rome to visit IPS and thank his former colleagues for their support in difficult times. He made a very beautiful speech that Ursula Kilfitt was asked to tape. It turned out that she forgot to turn the tape recorder on!

Gabo also comes into picture in the early days of IPS. In those days, creating a new international news agency was a very difficult enterprise. The existing agencies were all very old, and were in fact national news agencies, all from industrialised countries. I had no model of inspiration. But the Cuban revolution under Che Guevara had established a press agency, Prensa Latina, in 1956, under the direction of Argentinean journalist Jorge Masetti who was to die while trying to establish a guerrilla front in Argentina in 1964, the year of the establishment of IPS. Prensa Latina may have been the Cuban press agency but at the beginning it also aimed to be an alternative to the U.S. press agencies, AP and UPI, and it had a large Latin American staff.

With Masetti dead, I decided to try to hire some of the agency’s original staffers, and I went on a trip around Latin America to visit them, and ask them to join the new adventure that was IPS.

I started with Rodolfo Walsh, in Argentina, a very impressive person, who told me that his duty was to stay and fight in Argentina, and that there was no way to lure him away. He was murdered by the military in 1977. He pointed me to Edgar Triveri, who did join IPS, and he recommended that I should meet Plinio Apuleyo Mendoza from Colombia, who was the director of Prensa Latina in Bogotà, and another Colombian, Gabriel García Márquez.

I met Plinio, who was not interested in leaving his job. He was very committed to the Cuban revolution, to fighting the wall erected by the U.S. agencies, and saw no need for another news agency. But he told me how they had created panic in AP and UPI. Masetti slept in the office, and he had a round-the-clock team of a very high professional level. The staff would follow the spot news on the AP and UPI wires, and immediately write something based on this news … and, of course, they did it much better. This created the legend that Prensa Latina was parachuting people in on events because, while the other agencies were giving only spot news of a few lines, Prensa Latina was producing elaborate and beautifully written accounts created by the imagination, knowledge and craft of journalists who were also writers. This contrasted dramatically with the merely factual reporting of the traditional news agencies and appeared to me as a very interesting experience, which only reinforced my view that IPS had to dedicate itself to contextualising facts and explaining processes.

Plinio told me that Gabriel García Márquezwas living in Mexico, and I went to meet him at the beginning of 1967. He was a warm person, but rather introverted. At the beginning I mistook this for shyness. In fact, he shrewdly engaged me in a lengthy conversation to find out who I really was and what my real goals were. We went for a beer, and I asked him how he was living in Mexico. He told me that his job was to write screenplays for cinema, but that he was not doing well. All the more reason I thought to join a new adventure in an agency which had been created to give a voice to those who did not have access to the system, and fight the imbalance in the flow of information, which was in the hands of the four translational agencies: AP, UPI, Reuters and AFP. I offered him the position of chief editor, available immediately. But when he heard that the editing centre was based in Santiago de Chile, he told me that to leave Mexico for Chile was a totally illogical proposition. I told him that at the time Santiago was the most active political centre of Latin America, where regional integration was being pushed, under the work of Gabriel Valdes, who was the best minister of foreign affairs in the whole of Latin America, and was the only one not hostile to Cuba.

He asked me why he could not come to work in Rome, where we had our headquarters. I told him that we had moved the Latin American editing centre to Latin America to be close to its social, political and cultural reality. Of course we had an editing centre in Rome but our rule was that no one from the North could be based in the South, and that he was needed in the South to which he belonged.

I had the feeling that Gabo was becoming rather amused to see a European (albeit one who also had an Argentinian passport) reminding him of his responsibilities as a Latin American intellectual, but he simply told me: “You have to explain everything to Mercedes, my wife. I cannot take the decision to leave Mexico for Santiago without her agreement.”

And so this time I turned with all my same arguments to a very sceptical lady, who finally agree that to have a regular salary for a couple of years would have given time to Gabo to write his novels without worries. And she told me: “Gabo has just finished his latest novel and we have sent it to the editor. Let’s see how it goes. Let’s keep in touch, we’ll know before July….”

So, I began going round telling everybody that we had found the chief editor for Latin America, and that he would probably start in September. In June, I travelled to Buenos Aires, and when I left I saw at the airport a book by Gabo, published by Editorial Sud Americana. I bought it to read on the plane: 100 Years of Solitude! The moment I got off the plane, I called the office and said: “We need to find a chief editor for Latin America, and as soon as possible!”

We had better luck with Mario Benedetti, who became a columnist, and some other time I will write about Ernesto Sabato, Mario Vargas Llosa and Juan Gelman, who became the Chief Editor of IPS.

The article was distributed by Other News.