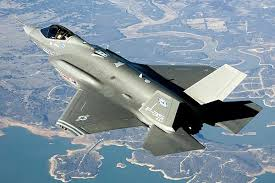 In view of the criticism surrounding the programme, a statement issued by the Democratic Party following the examination of Italy’s weapons systems recognised the need for “a significant reshaping of the terms of agreement with Lockheed Martin” regarding the F-35 scheme.

During Wednesday’s session of the Supreme Council of Defence reorganisation of Italian armed forces was discussed, without, however, touching upon the F-35 programme itself, “or any other concrete decisions” regarding military reforms, the statement reads.

“It is necessary and urgent,” it continues, “that a concrete impulse is given to an effective, integrated European action towards the complex global challenges concerning security and defence.” This stance was supported by the Supreme Council of Defence, which stressed the importance of “taking advantage of the opportunities given by the next term of Italian EU presidency to revitalise the Common Security and Defence Policy.”