Pope will pray with families of mafia victims 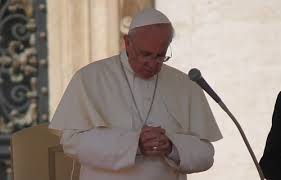 VATICAN CITY—Pope Francis will be joined by around 700 relatives of mafia victims in a vigil to pray for the innocent who lost their lives to mafia violence.

The prayer will be held in the church of San Gregorio VII on Friday, on the eve of the national memorial day for victims of the mafia, promoted by the “Libera” foundation. “The pope’s availability to accompany the families in this moment filled with pain, but also with hope, is a sign of attention and sensitivity, which they seized from the very first moment, (…) but also of attention towards the specific issue of the mafia, of corruption, and of the many forms of injustice which negate human dignity,” explained “Libera” president, Father Luigi Ciotti. “It is a voice of the Church,” he added, “which turns denunciation into a message of salvation.”

It is through compassion and prayer that the pope chooses to express his condemnation of the mafia, following his predecessors in an effort to marginalise organised crime groups in Italy. “The mafia is a deadly path incompatible with the Gospel,” declared Benedict XVI in Palermo in 2010, three years after his public condemnation of the Camorra in Naples, when he spoke of the dangerous influence which the ‘mafia mentality’ has especially on the young who grow up in environments where “lawlessness and black economy prosper.”