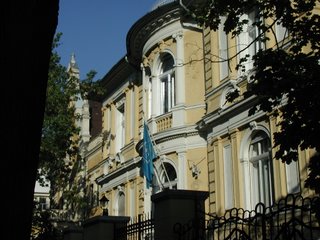 ROME– Demoralised Hungarian staff at FAO’s Budapest office feel they are “in a dictatorship” and one woman staffer tried to commit suicide by jumping from the UN agency’s building, FAO sources say.

Some 140 of the 170 staff at the Food and Agriculture Organisation’s Human Resources office in the Hungarian capital are Hungarian and on average they are paid 250,000 florins a month, worth the equivalent of dlrs. 1100 net take home pay, only half or a third of what equivalent staff earn in FAO’s Rome headquarters and significantly less than the minimum wages of 300,000 to 350,000 florins earned by staff at the UNHCR office in Budapest, said the sources in Budapest. Most FAO employees in Budapest work from 8 am to 6 pm or 7 and sometimes at week ends but receive no overtime pay, the sources add.

To those who complain FAO’s flamboyant Egyptian Canadian manager Nabil Gangi says “love it or leave it. Hundreds of people out there are looking for jobs.” As many as 17 staff have left since January.

A number of young staff members have sought psychiatric help because of depression and panic attacks they attribute to the poor atmosphere in the office.

In November 2011 tragedy narrowly was averted when a colleague pulled down from a window ledge a young Hungarian woman who was about to jump to her death from the fourth floor, sources told Italian Insider, speaking on condition of anonymity. An ambulance was called, the woman in her late 20s was rushed to hospital and subsequently left FAO.

Hungarian staff were shocked afterwards when they heard that a young Japanese staffer had killed himself by jumping from the 7thfloor in FAO’s Cairo office in 2012 following overwork under a notorious Saudi manager.

“People here say they don’t want to end up like FAO in Cairo,” one staffer said. Staffers also complain of working conditions under Italian manager Valentina Demarco. “The people who left in the last months left because of her. She is in control. She tries to keep those she wants and kicks out those who don’t comply with her.”

“You feel like you are in a dictatorship,” said the staffer, “You cannot have an opinion whatsoever.”

At least 17 formal complaints by staffers giving their name have been filed to the Ethics Office and the Inspector General’s office at FAO headquarters in Rome but all have gone unanswered, the sources said. Frustrated staffers then contacted the Joint Inspection Office in New York but were told their complainst could only be dealt with if passed on by the offices in Rome that were not responding.

Hungarian staffers have been asking for years for their low UN grades of G2 and G3 to be upgraded commensurate with the responsible Human Resource work they do dealing with FAO staff in the field in the Middle East and Africa. “Our grades are normally for drivers in Africa,” said one.

Staffers are offered private VanBReda health insurance but it only covers 80 percent of the cost of private medical consultations so going to the doctor eats up 15 percent of monthly salary, the sources added.

“We know that Hungary is attractive because of cheap labour,” one staffer told the Insider. “Companies such as IBM, McKinsey and Proctor and Gamble have deployed to Budapest for that reason and pay even less than FAO but their staff are not unhappy like us. It is like you are being in a prison and you are being lashed.”

There was no immediate reaction from the FAO press office. 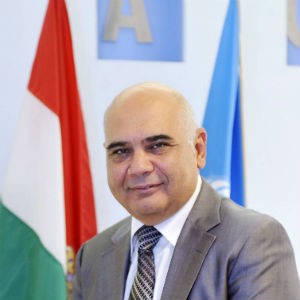 Love it or leave it: Gangi 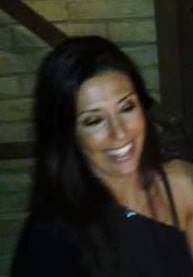 I personally had to deal with the HR lady you mention. Well, at the very least I can confirm she has a very authoritarian and abusive attitude, even towards people she should be more careful with - I ended up reporting her behavior to senior management to make her come to more reasonable terms. But apart from this special case, what I have seen in FAO HQ recently is perfectly aligned with these stories of abuse and exploitation - what a shame for an Organization which, as part of the U.N., should be advocating human rights. I am happy someone is starting to address, or at least to expose, these issues. As I see it, FAO is agonizing - and all the blame is put on the employees, as if the management had nothing to do with it. There is an Italian saying: "the fish stinks from the head", which I believe applies quite well here.