Analysis: The decline of the Middle Class 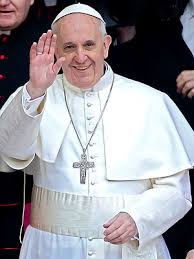 Speaking for the excluded: Pope Francis

SAN SALVADOR, Bahamas -It is now accepted that the North-South divide created at the end of the colonial era and the coalition of New Countries against the North ended with globalisation.

There are now areas of the Third World inside the North, and areas of the North inside the South. The world is no longer bipolar, with the two big powers
creating the other divide, the East-West divide. We now inhabit a multilateral world, where a plethora of acronyms (such as BRICS, G20 and TTP) show how it is now fragmented into multiple layers.

Yet, while the East-West divide has basically disappeared (even if President Vladimir Putin is playing an astute game to keep Russia alive as a world competitor, instead of accepting that it is just a regional player), the North-South divide is culturally and  politically alive, while trade and especially finance are powerful forces for integration.

At a cultural level, the people of the North continue to maintain a strong geocentric view of the world, and the statistics on cultural exchanges show that only a small quantity of cultural products flows from the South to the North; the dominant flow is always between United States and Europe. In political terms, the two halves of the North interact much more with each other than with the South. The growth of China and Asia, as the powerhouses of the 21st century, is not reflected at all in the fields of culture and politics.

While people feel a bond and a sense of communality among themselves, campaigns against immigrants continue to grow and as the North becomes less important in the new multipolar world, the stronger is the reaction to take refuge in populist, xenophobic and nationalist parties which dream of a return to the old day. This is why we have new political movements like the Tea Party in the U.S. and similar parties in Europe which will play an important role
in forthcoming European elections.

In political and cultural exchange, there is little doubt that the hub of the North remains the U.S. Its citizens are not very interested in Europe, which is considered a different world, intent on protect welfare and with a touch of socialism (Rush Limbaugh of Fox News has denounced Pope Francis as instilling pure Marxism). But, on the contrary, Europe is looking towards the U.S., which is widely stillconsidered the leader of the world. The U.S. exerts on Europe what in sociology is called a demonstration effect, which happens when there is a process of admiration and identification with a winning model.

Therefore, in this era of neoliberal globalisation, what happens in the U.S. still has many chances of reverberating in Europe. No example can be more definitive than the financial sector. European banks are increasingly behaving like U.S. banks, and Wall Street is the point of reference for behaviour and style. According to the European Banking Association, nearly 2,000 European bankers earned more than 1 million euro in 2013 (1,186 in the United Kingdom alone),
and this is creating another demonstration effect, which is also being emulated in the industrial sector: a growing divide between what bosses make in relation to their employees.

This tendency shows absolutely no sign of slowing down and we can be sure that it will continue.

Recently, at the end of January, JP Morgan announced that for the closing of the 2013 financial it had increased the compensation of its President, Jamie Dimon, by a startling 74 percent to a total of 20 million dollars. This, for a
year in which the bank had to pay 20 billion dollars in fines and narrowly escaped a plea of criminal guilty.

The New York Times then conducted interviews in the world of finance, to find how this was seen. In its summing up, the
NYT reports: In the world of executive compensation, especially when viewed from the rarefied perspective of
other chief executives, and more broadly on Wall Street, Dimon's pay and how it was determined is not only defensible, but laudable. Ten days later, Francisco Gonzalez,President of the Banco de Bilbao y Vizcaya (BBVA), modestly echoed Dimon, announcing that for 2013 he will earn 7
million dollars.

The combined salary of Dimon and Gonzalez is equivalent to the average yearly income of 2,250 young persons in both regions. No wonder that the same page of the NYT carried a report with the title Retailers Ask: Where Did Teenagers Go? Sales at U.S. teenagers clothes stores are expected to be lower 6.4 percent in the fourth quarter than in the previous quarter. Well, the U.S. teenage unemployment rate is 20.2 percent among 16 to 19 year-olds, far higher than the national rate of 6.7 percent. This would be a dream in Europe, where youth unemployment is much higher. A survey in Italy found that the majority of single over-35s are still living with their parents. And other data show that stores for the lower middle class are in crisis, while stores for the rich are booming.

So, social inequality is on the rise, and we have all the statistics showing how nearly all the growth in recent years has gone to the top one percent of the population. The middle classes, the results of a century-long fight forsocial justice and redistribution from growth are fast disappearing. According to a study from the London School of Economics, in 16 years we will have returned to the level of social inequality in the days of Queen Victoria (1837-1901).
All this, against a background of general indifference among the political classes, engaged in a self-referential fight on day-to-day issues.

The only voice denouncing this process is the new Pope. Instead of being just the guardian of theology and doctrine,he is speaking on behalf of the people who are being left out.

The capacity to deliver anything which goes beyond the day-to-day dimension seems unfortunately absent in theNorth. In 2000, heads of state throughout the world committed themselves to a number of social goals, the so-called Millennium Development Goals. Those goals remain elusive. Let us not talk about issues of climate change, nuclear disarmament, elimination of fiscal paradises, mainstreaming of women and all the other issues which had
their moment and are now forgotten. But Pope Francis is consistent and perseverant. If the system does not metabolise him, there is an outside chance that he will stir life into the anaesthetised political classes of the North.

* Roberto Savio, is founder and president emeritus of the Inter Press Service (IPS) news agency and publisher of Other News.