The future for Egypt in the hands of its military 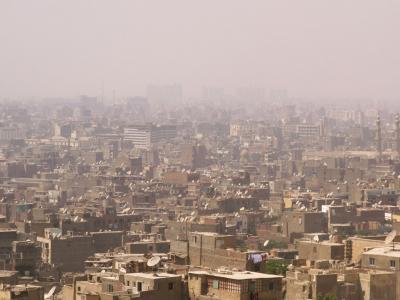 ROME– Egypt’s Hosni Mubarak - a man who once served as the country’s air force commander and who just a few weeks ago was publicly announcing he was ‘’a military man who had served this country during war and peace” and that he would ‘’die on the soil of Egypt” - has been ousted by, or some would say has silently handed the reins to, the army.

Mubarak is now thought to be at his villa at the Red Sea resort of Sharm El-Sheik, possibly suffering from poor health while the Armed Forces Supreme Council under the 75-year-old conservative and his close friend of many years Field Marshal Mohammed Tantawi will be issuing laws during the interim period. The constitution has been suspended and both houses of parliament dissolved.

Most of the original protestors in Tahrir Square have left after the exhilarating celebrations subsequent to the army’s announcement on Friday evening that it would be taking control. It seemed the victory they had fought so hard for.  Footage made the Youtube rounds of Google marketing executive Wael Ghonim and many other leading organisers of the protest succumbing to long-awaited feelings of relief amidst deafening cheers and dancing in the city’s squares and before the country’s TV sets. As one of the protest’s leaders, Ghonim has since met with the Armed Forces Supreme Council and will be meeting with them again on Wednesday.

However, a few hundred have vowed to continue protesting until some of the primary demands of the revolt are met, including the removal of the 30-year state of emergency.

The latter were joined in the square for entirely different reasons on Monday by an unlikely cohort: policemen demanding pay rises. Widely accused of extorting bribes from the populace and enjoying near-entire impunity for brutal methods they employ, the police officers and their protest has left many with a feeling of disgust, though the security agents claim their low wages and an entrenched culture within the forces were to blame for their past actions.

A wave of strikes in other sectors continues throughout the country, while the military’s fifth communiqué was entirely dedicated to the need to restore normal work and economic activities within the country. The reopening of the stock exchange has been postponed until Sunday at the earliest due to strikes within the banking sector.

Stability and the economy have long been of prime interest to the nation’s leaders, who have all been military men in the years since the 1952 Officers Revolt against British colonial rule. As many international observers have noted, this stability has led to an increase in GDP in Egypt, but has also led to a ever-wider gap between the rich and the poor in the country, with 40% living under or just above the World Bank poverty line of USD 2 a day.

Many have touted the rise in educational level and unemployment figures as a primary factor behind the revolt, but it should be kept in mind that such professions as teachers earn as little as USD 70 per month even after 20 years of experience.

Mubarak himself is thought to have enriched himself immensely over his thirty years in power. Switzerland has frozen his overseas accounts held in the country, while the UK has announced it will be complying with a request from the Egyptian government to freeze the accounts of a number of other former Egyptian officials.

Meanwhile Egypt’s head of intelligence Omar Suleiman has disappeared from the public spotlight but remains in his post, and Mubarak-chosen caretaker Prime Minister General Ahmed Shafik and his cabinet will continue work until a new cabinet is formed.

Whether impunity will automatically be conferred on the perpetrators of violence and torture may yet determine a great deal as concerns the country’s future. The military’s takeover from a former military leader was seen by many as the only possible solution, but as things stand it is far from certain that the much fought for reforms will come into being.