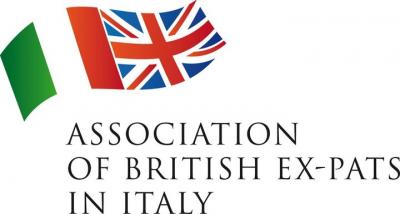 ROME — Nearly 100 guests attended the Association of British Expats in Italy’s Annual Event and Luncheon on Saturday. Held in the historic Palazzo Brancaccio, the lunch was an occasion for British people to meet and exchange experiences of living in Italy.

Gareth Horsfall, the president, introduced the association and its aims as a non-profit, non-political, non-religious, cultural organisation. The association was launched last year to promote British and Italian culture, create friendship and strengthen relationships amongst the British community.

Harry Shindler, a member of the organising committee, spoke of “using power in large numbers,” referring to discounts for members on certain goods. He also said the association provides practical support, for example to those in difficulty renewing a passport under the very complicated rules introduced since the British consulate in Rome stopped issuing passports directly, or obtaining out-of-town medical care. Mr Shindler, a veteran of the British Army’s Anzio landing battle, is a well-known for his work in the Italy Star Association grouping former UK servicemen who fought for the liberation of the peninsula.

Palazzo Brancaccio was commissioned in 1880 by Princess Mary Elizabeth Field, the American wife of Prince Salvatore Brancaccio. Guests were given a tour of the palace, including its Hall of Mirrors, Hall of Tapestries and its Hall of Angels - a spectacular white room decorated with cherub reliefs modeled on favourite family children, where banquets were once held in honour of King Umberto of Savoy.

Membership costs 20 euro, or 30 euro for couples. Anyone interested in further information is invited to email britishexpatsinitaly@gmail.com.