Letter from Rome: Making out in “Kissing Alley” 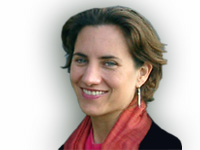 ROME --When the need to make out was urgent, not weighed against getting a night’s sleep, my Italian boyfriend and I did what everyone in Italy without their own place does when in need of sex. We drove to one of the well-known parking spots around the city and proceeded to steam up the windows.

While making out in cars is hardly unique to Italy , it’s far more widespread than across the Atlantic . Italians know all too well that how, where and when sex takes place is an issue of space.

Consider first the matter of private space. Most Italians live in apartments, which by North American standards at least, are very small. Needless to say, these apartments – whether in downtown Rome or small town Sicily – don’t come with the standard-issue suburban wreck room, or in a pinch, garage, where so much teenaged groping transpires in North America . (I still recall discovering my older brother’s stash of condoms rolled up in a sleeping bag squeezed behind the tool box in the Toronto garage of my childhood. Oh memories!) And all those clichés of Mediterranean family-togetherness? Well, they’re still largely true, and that means parents, grandparents, aunts and uncles tend to be around a lot. Then there’s the average age at which dependents leave the nest in Italy , which is about the same age most North Americans begin to consider retirement options. Add it all up, and it becomes clear that Italian displays of public affection are less an expression of an amoroso nation than of pure desperation.

This has led to creative solutions over the years, where private urges become public (or semi-public) spectacle. Back in the 50s, when my then unwed parents-in-law wanted to make out, they’d join their friends at the Florence train station. Posing as reuniting or separating innamorati and camouflaged by streams of tourists, they could neck in anonymity for hours. Flash forward half a century to an equally resourceful, though official, solution for safe and convenient lusting. The mayor of the town of Vinci, birthplace to Leonardo, recently inaugurated Italy’s first “Love Car Park”– replete with high hedges, soft lighting, condom dispensers and bins. The only requirement, passed into Italian law in 1999, is that couples make sure their vehicular escapades are completely covered from view. Never has an old newspaper and some tape been put to such worthy a cause.

For daytime necking, parks are a perennial. Several afternoons a week I stroll through the gorgeous Villa Ada in Rome to pick up my kids from school. It’s a majestic, rambling park in the north of the city that was once the hunting grounds of the last king of Italy . On my way,  I pass many – in the initial burst of springtime, many, many – kissing couples. These aren’t love-sick juveniles turned inward on a bench, but middle-aged straight couples going at it with furtive verve, ties flung over shoulders, pant legs bunched around knees, greying hair tussled. Need I mention they don’t strike me as married or partnered – to each other, that is? These are lunchtime adulterers in a time of frantic need. You can practically hear the call of the cuckoo in the umbrella pines above.

The biggest daytime necking mecca in downtown Rome is Il Pincio, or the part of Il Pincio that my kids and I refer to as “Kissing Alley.” It’s a canopied, bench-lined promenade in the southern end of Villa Borghese, Rome’s venerable urban park. When the kids were little, we’d spice up an otherwise overwhelmingly wholesome family stroll in the park by counting couples, sometimes making it into the high 30s.

What makes Il Pincio such an enticing romance spot, I think, is the combination of sound, structure, sight and seating it offers. In the centre of the area is theidrochronometro, a water clock, perched atop a faux grotto with a tepid little pond and a tinkle of cascading water flowing from it. The foliage from the oak and pine form an intimate arched vault. Patches of scrappy grass shaded by the odd floozy willow and fountain rims offer a variety of reclining options. Benches are key, of course, and on a warm day, almost always occupied by writhing bodies. There are two models: the gently slopping length-wise wooden slats bound with handsome rod iron and the rounded-edge slab of marble long enough to accommodate, say, Michael Jordan and a friend.

In the far corner is a statue of WWI hero Enrico Toti, completely nudo, with a stunningly muscular pair of legs and nothing to be ashamed of  in the family jewel department. All along the shady promenade busts of mustached and mutton-chopped men, most with their gazed affixed at some vague spot in the middle distance, lend a air of antiquity, not to mention discretion, elevating crass sexuality to the higher echelons of Eros. True, Christopher Colombo looks stunned to find himself stuck here;Lorenzo de Medici a mix of envy and irritation; and Savonarola is pure despair. But, hey, who’s paying attention? Certainly not the young couple wearing oversized sunglasses and stone-washed jeans, lips and hips locked, going at it like nobody’s business.