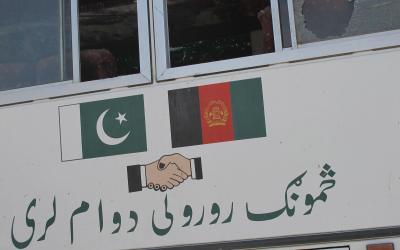 KABUL – Border disputes with Pakistan and Iranian meddling in the country’s internal affairs have recently shifted the focus of Afghans' criticism closer to home.

The fighting that erupted on May 2 on Afghanistan’s eastern region Nangarhar along the Pakistani border sparked greater emotion among the Afghan public opinion than had been seen in months. Afghan officials said that the Afghan Border Police deployed in Goshta had taken action after noticing Pakistanis fortifying the border posts despite an agreement to halt construction. An Afghan border guard was killed in the ensuing battle, followed by protests in a number of Afghan cities, including in the stadium in the traditional Taliban stronghold of Kandahar.

And though a great many anti-Western protests have been held over the years, Afghans have rarely rallied together as a nation to this extent to denounce acts by one of its neighboring countries - which have poured a great deal of money into media, education and other areas in a bid to maintain and foster influence.

A wealth of foreign-funded institutes have cropped up in the capital over the past few years. Kabul has private Iranian, Turkish and American educational institutes, among others, and Saudi Arabia announced in late 2012 that it would soon be building a gigantic, hilltop 100-million-dollar mosque and educational complex overlooking Kabul next to the tomb of the last Afghan king.

The Saudi project has created an especially strong sense of foreboding in some circles, given the history of the country’s backing extremist ideologies in the region.

Iranian influence, meanwhile, has come in for greater criticism lately. There are a number of Iranian-funded media outlets in the country, and some of the country’s laws and many of its MPs have been highly influenced by its western neighbor. The drafting of the Shia Personal Status Law of 2009, for example, was led by the Iran-educated Shia cleric Mohammad Asif Mohseni, and last year the Afghan daily Hasht-e Sobh reported on Iranian-funded efforts to create a ‘journalists union’ to push the country's agenda within Afghan territory.

The newspaper, awarded the Reporters Without Borders Press Freedom Award in December 2012, is one of the country’s few independent broadsheets. More recent reports by the daily on land grabbing and corruption within the mining sector have resulted in the editor-in-chief being called before the country’s attorney general for questioning in recent weeks.

Chinese influence seems to have drawn less attention. A judge from a province bordering Pakistan expressed warm support for shifting from a focus on Western aid to business with China, as ‘’the business deals come with no strings attached’’, citing various human rights regulations that Western countries often require compliance with.

The rights to the world’s largest deposit of untapped copper reserves in Logar province are held by a Chinese state-owned company, and most of the cheaper, flimsy burqas flooding Kabul’s market were Made in China.

And while Afghanistan’s GDP remains overwhelmingly dependent on foreign aid, its fledging economy is also stymied by those with vested interests in keeping domestic production at bay. Pakistani businesses, for example, profit a great deal from the dearth of domestic production facilities across the border.

In an interview with this correspondent last fall, Emanuele Nannini, programme director for Afghanistan of the Italian NGO Emergency, noted that virtually all the medical supplies used by the hospital had to be imported from abroad, even things that would be easy to produce domestically.

He cited the example of saline solution, which would be ‘’incredibly easy to produce domestically’’, and which ‘’it makes absolutely no sense to import’’.

‘’The quality is so bad that it is illegal to sell it domestically for consumption purposes, but it is legal to produce it to export it here.’’

Meanwhile, attacks in the capital have made it clear that instability in the country continues to owe much to regions to the east of Afghanistan’s borders. A spokesperson from the Hezb-i Islami group under former mujahedeen leader Gulbuddin Hekmatyar – which along with the Taliban and the Haqqani group are held to be behind the major acts of insurgency in the country - claimed responsibility for the May 16 attack in Kabul in which 15 people were killed and 42 injured. The fact his statements were all made over the phone from Pakistan, many say, speaks volumes. 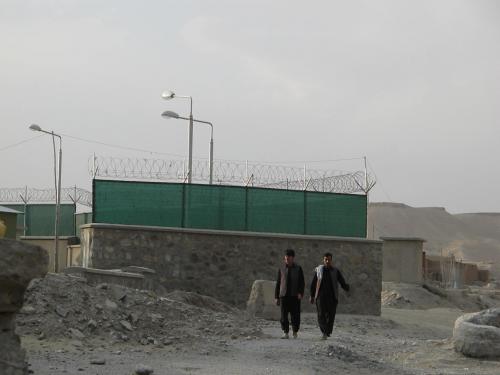 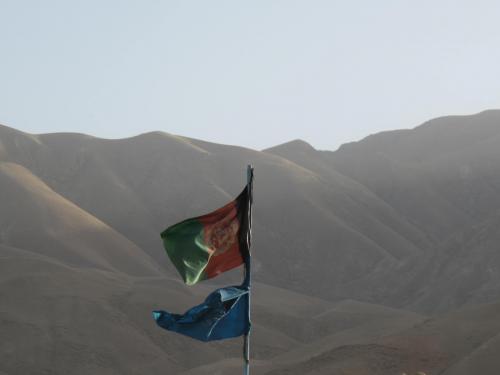