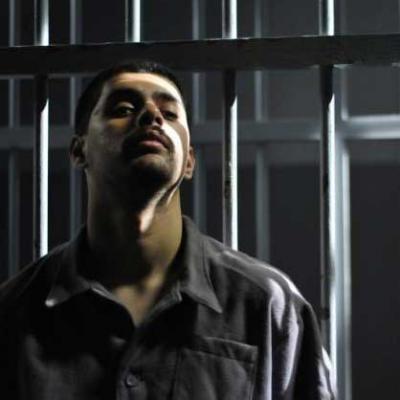 Scene from the film Zabana!

ROME – "In those years Italy and Yugoslavia were the only Western countries to help with the resistance, through publishing clandestine material," said Said Ould-Khelifa, the director of Algeria’s pick for the Oscar Best Foreign Film nomination competition. After the screening of the film Zabana! at Rome’s Asiatica film festival, he went on to say that Italy’s Istituto Luce would have the distinction of being the film’s first European distributor.

The film centres on the Algerian war of independence hero Ahmed Zabana, whose execution by guillotine sparked a phase in the revolutionary struggle that was to eventually bring down the French colonial regime. He had taken part in the simultaneous attacks on French targets on November 1, 1954, which marked the beginning of the Algerian war of independence. He was subsequently taken prisoner and executed in 1956, just six months before the Battle of Algiers. He was the first of over 200 Algerians to be guillotined in France’s attempt to put down the growing number of acts of armed resistance against it.

Algerian schoolboys are taught to look up to Zabana as a national hero, the Algerian singer Blaoui Houari dedicated a song to him and many streets and a stadium in Algeria are named after him, as is the Ahmad Zabana National Museum in Oran. The title of the film – or, at least the punctuation in it - actually comes from a little-known fact: the week before the November 1 uprising, the main character had taken his friends to an Oran cinema to see the film on the Mexican revolutionary struggle Viva Zapata!.

In preparing for the film Ould-Khelifa spoke at length to Zabana’s youngest brother Abdelkader, only ten at the time of the events portrayed in the film, as well as a man who had fought in the mountains with Zabana and plays a part in the film (Stambouli).  At the film’s sole screening thus far in Algeria (on August 31 in Algiers) many of those in the audience were men and women who had been sentenced to death in that era, and the experience of being in the same room with them as they relived those times through his work was "difficult", he said, not wanting to comment further.

As for the "political" side of the film, a number of scenes are significant. Such as when the condemned prisoners tell the imam that "we’ve prayed enough behind you", and force him to pray alongside of them instead. Such an act was a frequent occurrence in those times and a significant element of the struggle, according to Ould-Khelifa. He added that "they were willing to die for their country, and not for their religion". And in the debate in the tribunal over whether Zabana and another man should be condemned to die, the lawyers argue with the judge about what constitutes resistance and what instead terrorism. The latter scene contrasts sharply with the ministerial meeting, in which we see a younger Francois Mitterrand (who went on to become France’s longest serving president, 1981-1995) and other French notables discussing and voting on appeals in what is mostly a bored, cursory manner.

The film is to be complimented on its skillful use of photography and action, with an expert Hollywood-type approach to the musical score as well. Though the treatment of the characters seems superficial at times and the acting is somewhat overly theatrical (with a few exceptions, and less so as the end nears), the director and screenwriter should be credited with undertaking meticulous research to render it as authentic as possible. All scenes were shot in Algeria and the film enjoyed financial support from the Algerian government. "We hid traffic lights and walls, moved things around in Oran and elsewhere so as to film in the exact same spots where the incidents took place," the director told the Insider after the screening.

He went on to speak about what he found to be the most difficult aspect of making the film: finding any sort of documentation kept by the French. "Officially no documents exist from that period." However, his many years and contacts built up as a journalist in France enabled him to gain access to the papers necessary to recreate situations and scenes, and to be sure of who exactly was involved and when.

Alongside his career as journalist and involvement in the theatre in France, since the 1990s he has made three other films. The first, the 1991 White Shadows, was about "being black in Algeria. It’s the story of an ‘impossible’ love between a black Algerian from the south and a lighter skinned one from the north". The second is once again a troubled love story, this time between a European who stayed on in Algeria even after the French left and a "true" Algerian. The third, instead, was based on the true story of a group of Algerian women working on oil rigs, who were attacked by men holding them to be to responsible for their own joblessness.

One of his next film projects will be a return to the world of oil, with a film centering on Enrico Mattei, the head of the Italian national hydrocarbons giant ENI who supported the fight for Algerian independence (which led to ENI benefiting greatly from this support in the form of lucrative oil contracts afterwards), and the documents surrounding his mysterious death that have come to light in recent years. 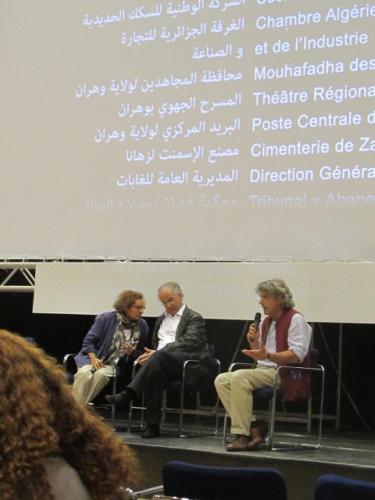