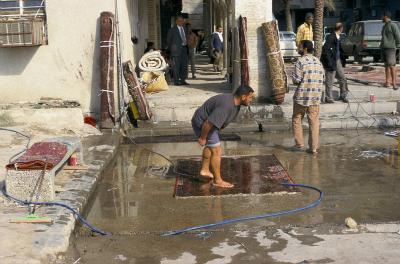 ROME -- The opening of the exhibition "Camminando" by Claire Chevrier at the French Academy will include a discussion on photography with Ms Chevrier, Yto Barrada, and Marie Muracciole and moderated by Éric de Chassey and Marco Delogu.

Born in 1963, Claire Chevrier lives and works in Paris and Mayet. She has been a fellow (pensionnaire) of the French Academy in Rome in 2007/2008. Personal significant exhibitions have been dedicated to her work, and not only in France. Presently she is preparing an exhibition for the contemporary art biennal of Le Havre. As she affirms, her work investigates space and the place that human beings occupy within. Making use of big cities and workplaces as a creative starting point, she attempts to trace what often eludes us at first sight.

The Director of the French Academy Éric de Chassey describes the work of the artist: All of Claire Chevrier’s images are based on a search for good distance, i.e. the space between photographer and subject leading to the distance between photographer and viewers. The word “Good” is not intended here in a moral sense, but rather as a question of effectiveness. An aesthetic efficiency, since the practice of photography fully belongs to the regime of art; but also an informational efficiency, because it documents concrete situations. In the large-format images (realized for the most part when the artist was a fellow at Villa Medici in 2007-2008), our gaze glides over the surface directed by the meanders of a structuring element such as a pipe, a cable, a street, and is vivified by the scanning of significant details.

Éric De Chassey goes on to say: as to the small-format images, Chevrier favours an oblique view. When people are shown at their place of work, our sideways glance follows the tool from the hand and the shoulder to the face, since toil is less visible than concentration. The difference between these two formats lies more in the gaze of their subjects than in their specific occupations. Whether she is depicting landscapes transformed by human activities or concentrating on workplaces, Claire Chevrier always adopts a good distance - both from her subjects as well as from her potential viewers. And this good distance is not imposed ‘a priori’, but derives from an attentive and precise respect for the moment the viewer’s eyes encounter the subject.

The exhibition includes fourteen works mounted at the Atelier del Bosco and two large baches that will be placed under the loggia and in the jardin des citronniers of Villa Medici. Four other oeuvres will be exhibited at the Macro Contemporary Art Museum within the ambit of the Photography Festival.

“Camminando” will be shown in the Atelier del Bosco of The French Academy's Villa Medici. It is and apart of the XIth edition of the Rome International Photography Festival and is running until Nov. 4. The opening is at 6.30 p.m. on Sept. 17. 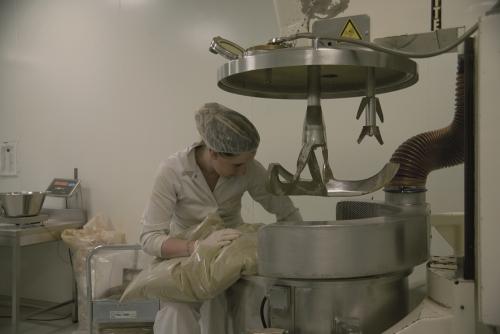