Meloni to abolish minimum income for those fit to work 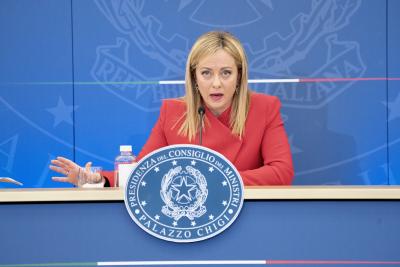 ROME – Italian Prime Minister Giorgia Meloni will abolish the reddito di cittadinanza, or citizens’ income, by 2024 for those who are deemed fit to work, the government said on Tuesday. The welfare system, which was introduced by the Five Star Movement in 2019 and is believed to have lifted as many as 1 million people out of poverty, will be replaced by a “new reform,” she said.

The reddito di cittadinanza is a means-tested, guaranteed minimum income that grants up to 700 euros per month for Italian citizens who are either unemployed or earn below a certain threshold. It is neither individual based, meaning that family units receive only one sum each, nor automatic, so every payment must be applied for separately.

Meloni’s government aims to save more than 700 million euros by scrapping the scheme, which critics say is easily abused and discourages the jobless from seeking employment.

Under the new plan, there will be a “buffer” period of one year, to get those who are able back into the workforce, with obligatory training. Additionally, the number of months in which they can claim financial support will drop from 12 to eight, and payments will be ceased as soon as a beneficiary receives a job offer.

Regarding the citizens’ income, the Brothers of Italy leader said in a press conference on Tuesday “We will continue to support those who cannot work, and we will include pregnant women, but for those who can work it will be abolished at the end of next year.”

Those deemed “fit to work” are recipients of the reddito di cittadinanza who do not exhibit obvious impediments to obtaining employment. However, the number of beneficiaries in this position is disputed. The National Agency for Active Labour Policies puts the figure at 660,000, whereas the National Institute for Social Security claims it is almost half that, around 370,00. The latter argues that those who are truly fit to work but choose to remain unemployed are rare, as joblessness generally has an explanation beyond mere volition. For example, many have low levels of education, are no longer young and have been out of work for at least three years. These factors do not constitute an obvious impediment, but nonetheless make job searching more difficult.

The government is yet to propose how it will transform the scheme from 2024.