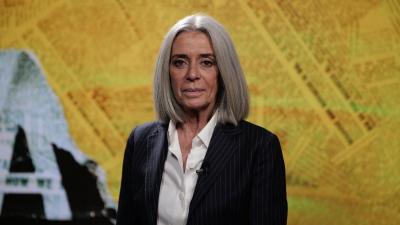 ROME – The prison at Santa Maria Capua Vetere, north of Naples, is denying their prisoners clean water, heating, and sunlight, bon’t worry INGO reports. Bo Guerreschi, the founder and CEO of bon’t worry INGO, told Italian Insider that she has been in contact with two Italian women who are held at the Santa Maria Capua Vetere prison who disclosed that they have no heating, and no clean or hot water. The prison has been in the news before, when in 2020, guards violently punished prisoners for a riot. Even though it’s reported now that the physical abuse of prisoners has ceased, the abuses of human rights continue.

Bo keyed Italian Insider in on the inhumane living situations of the 41-bis, or maximum-security prisoners. The 41-bis inmates are confined to a tiny room for 24 hours a day, all through their decades’ long sentences. Bo reported, “they are not even allowed to read books or go outside, all they can do is look at the wall or talk with themselves. It’s unconstitutional, they are going crazy.”

The situation is just as bad for other people at the prison, extending beyond just the treatment of the prisoners. The prison guards and wardens are denied psychological support, despite bo’s INGO, bon’t worry, offering free services to the prison, inmates and employees alike. She strongly believes that since the prisons are being paid for by the public and free services are being offered at her INGO's expense, it is baffling why there’s so much overcrowding, understaffing, and lack of resources.

Bo reiterated that not all prisons in Italy are treating their prisoners so abhorrently. There are a really good prison but there are really few respective to the number of prisons in Italy. She reported that she has very good relations with the prisons in Terni, Salerno, and Asti. The directors and management at these prisons willingly reached out to bon’t worry to improve quality of life for their prisoners, accepting education courses, psychiatric services, and organizing prison programs in collaboration with bon’t worry.

But, unfortunately, the Santa Maria Capua Vetere prison, and others like in Palermo and Vicenza accept no help, even though the prisoners and staff desperately need it. Bo and her company have reached out several times offering their services with no answer. "The prisons will report to the news stating, “we are trying very hard for things to change, we want conditions to be better,” but as Bo reports, “nothing concrete ever happens, there is no tangible evidence that life for these inmates is improving.”

Through the services she has offered to prisons, Bo has met and formed solid relationships with some prisoners, even offering them work when they finish their sentences. Bo said that she has formed relationships with 3 male prisoners, serving time at 3 different prisons, and “truly believes in them and how they’ve changed.” Angelo M, Antonio M, Vincenzo S. and Nicola B are inmates that bon’t worry works with, providing hope for their lives when they finish their sentence in prison. They have accomplished attending university, graduating with degrees, and finding work all while in prison, with the help of bon't worry. Bon’t worry reports that if after the prison sentence, the prison doesn’t offer any kind a work, the percent of crime recurrence will be higher.

Bo expressed to the press that she wants this success story to be accessible to all inmates in prison. She is frustrated with the lack of media surrounding the poor treatment of inmates and said that “journalists won’t write about the bad news about the prisons because they think it’s too political and touchy of a subject.” But, as she receives news about mistreatment, suicides, and physical abuses at the prisons every day from all over Italy, it is imperative that the more than just the good news be shared.

Bo’s recent news from the two women AS inmates at the Santa Maris Capua Vetere prison is far from irregular. The prison system, especially the one in place for maximum security inmates, is in desperate need of reform in Italy. Bo does not intend to say that the maximum-security sector of the prison should be removed, but it does need to be changed. Despite expressing the desire for reform, the prison directives continue to ignore bon’t worry’s generous outreach, and the situation only worsens. The organization’s goal is to produce more prison success stories like those of Angelo M, Antonio M, Vincenzo S. and Nicola B, but there is still much to be done to reform the seedy prisons of Italy.

She calls all activists, readers, and Italian citizens to action, to help change the system for the benefit of humanity.