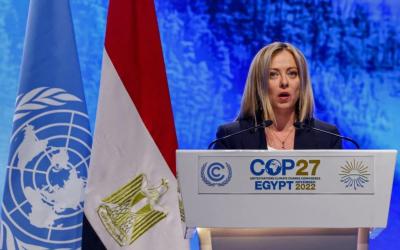 SHARM EL SHEIKH – PM Meloni raised the issue of respect for human rights during the Cop27 conference but has not focused more on the cases of Giulio Regeni and Patrick Zaki.

It is the first time since the barbaric death of Regeni in 2016 that an Italian leader set foot back in Egypt.

During the Cop27 conference on climate crisis, the Italian Prime Minister Giorgia Meloni and the President of Egypt Abdel Fattah al-Sisi spoke for over an hour about energy supplies, renewables, immigration and the climate crisis.

The presidency spokesman of Egypt, Bassam Radi, says al-Sasi was very pleased to welcome Meloni, and warmly congratulated her for her position. He also mentioned the Egyptian president’s gratitude for the decision of extending the bilateral relations between the two countries again, stressing that change is needed for new, constructive ways of cooperation to aid their mutual interests.

Palazzo Chigi reported to the press that the Prime Minister spoke to al-Sisi about the issue of respect for human rights and that she highlighted the importance of the cases of Giulio Regeni and Patrick Zaki to Italy.

However, some critics seem to disagree with the statement provided and fear, that not discussing further about the two events, will aid in filing the cases many have already forgotten about. The newspaper claims that Egypt only cares about the economic relations with Italy, as they consider it to be the main pillar of Europe, and that they fail to pursue more of a human relation, strengthening their argument with Patrick Zaki’s words.

The postgraduate student says that those who come to Egypt (from Italy) have the moral duty to defend human rights, yet he seemed to be stressed over the fact that, ever since Meloni was appointed as Prime Minister, he has not been in official contact with Italy.

Zaki was detained on Feb. 7 2020 and prosecuted on the next day. Authorities charged him with allegedly "joining a terrorist organization" and "spreading false information." He hopes that the conference will bring to the resolution of the cases regarding the many other political prisoners in Egypt. 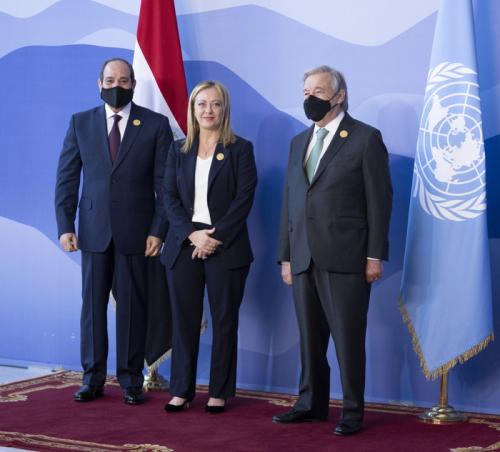