Inmate at local prison being abused and refused access to help by state. 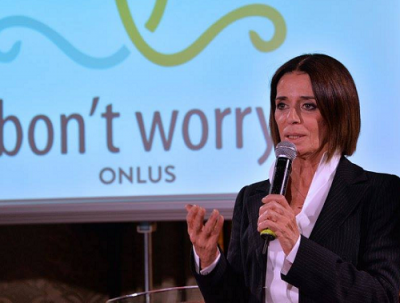 ROME – A local Veneto prison recently refused help from outside sources to help a severely ill prisoner, worldwide INGO reported. The prison is currently housing a middle aged Italian man who is being heavily medicated for psychiatric disorders by prison staff. The inmate was reportedly completely healthy when he arrived at the prison and then, as disclosed by the organization bon’t worry, was made sick by prison staff.

He was sentenced to prison in the high security sector, named AS. The prisoner was at the abusive prison for 5 days before being transferred to the higher security prison. The name and charge of the prisoner are at the discretion of lawyers which can be contacted through bon't worry's website for more information.

Bon’t worry is an international non-governmental organization that addresses human rights infringements and general violence around the world. The NGO specializes in gender-based violence and women’s rights, as well as corruption in government institutions, such as prisons.

Bo Guerreschi, president of bon’t worry INGO, said that her organization has been in contact with the prison for years, offering physical and mental health services to prisoners that need it. She explained that in the case of this recently admitted prisoner, bon’t worry offered to “take him to a private hospital and pay for his entire treatment, but the prison refused.”

Bo also stated that when her organization hosts events at prisons that will introduce convicts to services like education and work opportunities, the Vincenza prison is the only entity that refuses to take part. She states that for years she has watched “prisoners being refused basic rights,” and reported that there are no social services within the prison, “the people are simply locked up in confinement for 24 hours a day, no school, no work, nothing.”

Bon’t worry has filed report after report to the prison and to media. In a report sent to several Vincenza offices of government she describes the abhorrent treatment of the prisoners and lack of accountability from the prison and local offices.

The chief complaint regarding the psychiatrically abused prisoner reads, “Our client has made him become a vegetable, helpless, under full total control of internal personnel and professionals, of medicines, without the possibility of being treated as he should, violating the first right that LIFE and one of the first rights which is HEALTH.”

The report then details the high number of suicides that happen in the prison, the lack of intervention by authorities, and the disinterest from the prison to adhere to incredibly basic standards of human rights.

The report concludes with a poignant call to action, “We re-offer the private psychiatric health facility with high-profile professionals, ready to hospitalization for treatment. Sure of your immediate intervention before the irreparable happens with you responsible directly, because you knew and did nothing.”

During our interview, Bo assured me that if anything was to happen to this prisoner, or any others, swift action would be taken by her organization, but unfortunately, there’s only so much they can do. The prison and surrounding Vincenza government jettisons any respect for human rights and the prison is effectively torture for inmates.

As Bo said, she does not want this man to “be the next murder victim of the prison.”

Bo named the lawyer that is the current nominee against the Vincenza prison situation working with her, Avv. Alessio Ruoppo of Naples.

She also kindly extends the offer of help to anyone who may have any information about human rights violations anywhere globally. You can contact bon’t worry through this email and website: 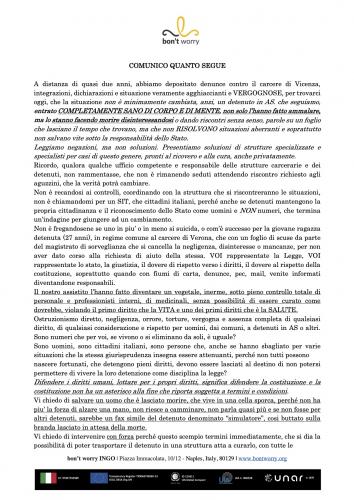 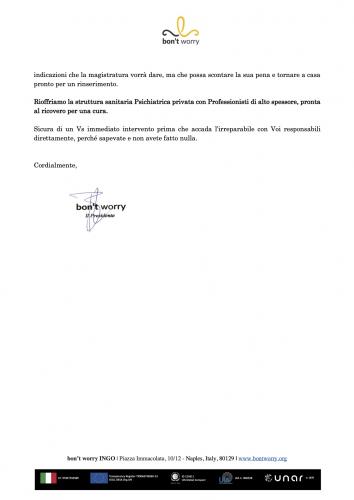