The Gore Vidal you didn't know 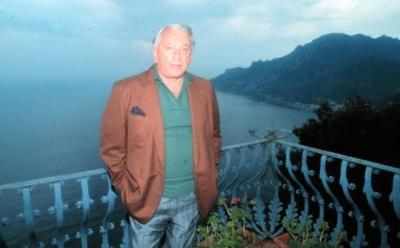 ROME- We all knew Gore Vidal. How could we not? Ubiquitous on television, as driven as an Olympic athlete, he described himself as "a third-generation celebrity."

He appeared on the cover of Time, just like his father and grandfather.

His death, he would be delighted to learn, has unleashed an international outpouring of obituaries and profiles. Though they invariably praise his personal elegance, aristocratic bearing, mandarin literary style and exalted achievements in various genres, they also repeat less-flattering characterizations: "acerbic," "cynical," "misanthropic," "elitist."

Vidal was called all of these, and worse, during his lifetime, and now that he¹s dead the criticisms are likely to be recycled for centuries. He wouldn¹t have minded ‹ in fact, he¹d probably have taken it as a compliment. Just consider his lacerating self-assessment: "I'm exactly as I appear," he once said. "Beneath my cold exterior, once you break the ice, you find cold water."

But as someone who knew him for 37 years, and saw him in high society and low, moments of public triumph and private anguish, I would maintain that most of what I¹ve read in recent days shows Vidal¹s mask, not the man. A sophisticated role player, he once joked that he intended to title his
memoir "An Actor Prepares." Instead he called it "Palimpsest" -- "a word no one will know," he told me. "But then it's a life nobody will know, particularly after reading the book."

So, "What was he really like?" is a question that would have set Vidal¹s capped teeth on edge. He was generous, hospitable and amazingly egalitarian, given his reputation for snobbery. When I arrived in Rome in 1975 as a 32-year-old unknown novelist with a wife and infant son, he immediately invited us to dinner. Over the years, at his apartment in Rome, his villa in Ravello, Italy, and his house in the Hollywood Hills, I met stars of stage, screen, the Catholic hierarchy and my literary betters.

At restaurants, Vidal always picked up the bill, explaining that this was to remind him that he wasn't wealthy: "Rich people never pay," he said. Of course, he was one of the wealthiest writers alive, yet he puckishly proclaimed as we sat poolside in Ravello, "As you can see, my needs are simple." Asked whether the setting inspired him, he wisecracked, "Yeah, it inspires me to write a film script to pay my bills."

Although reputed to be vain, he started referring to himself, at age 50, as "reduced to just another classical ruin." He wore a blue, dandruff-dusted blazer and rumpled flannel trousers like a uniform, and had shoes run down at the heels. When he crossed his legs, he revealed a sole with a hole in
it, "just like Adlai Stevenson."

By the time he was 60, he decided he was past caring about how he looked, and he ate whatever he wanted and drank Falstaffian portions of wine, scotch and vodka. When he got fat and was warned about his heath, he swore he didn't care about that, either. But if this sounds like someone who had mellowed and was comfortable in his skin, that's utterly inaccurate. He could be cruel as well as kind, savagely critical as well as generous.

When I confronted him about his mean-spirited attitude, he contended that he rarely attacked people. He attacked their ideas and behavior ‹ a crucial distinction, he stressed -- and he said he chose his targets carefully. He didn¹t go after defenseless prey. Sometimes he was just trying to be funny; other times, he argued, he was only being candid. "So many writers are caught up in a frenzy of mutual back-scratching," he told me. "I¹m not."

I believe I know why Vidal sometimes gave way to anger and festering resentments. A shrink would say it went back to his childhood, but I witnessed enough in his adult life to understand where his deep sense of grievance -- and his equally deep conviction that he had concealed it – came from. A sort of literary Mike Tyson, he reveled in acting like the baddest man on the planet because of the pain that had been and was still being inflicted on him. Despite his insistence that he was a stoic, he wasn't
bulletproof against disappointment. Acceptance mattered to him, and rejections hurt.

For decades he was convinced that the American Academy of Arts and Letters had blackballed him because of his sexuality. Finally, novelist Louis Auchincloss intervened, and the academy offered him membership, to which he responded: "The academy does itself a belated honor. But I must refuse since
I already belong to Diner's Club." (Decades later, the academy reinvited him; this time, he accepted.)

In Rome, when Maxwell Rabb was the U.S. ambassador, Vidal frequently found himself invited to the Villa Taverna, the ambassador¹s residence, for Sunday brunch and the afternoon showing of American films. The ambassador and his wife were a genial couple of the same generation and the same slightly
baffled bonhomie as President and Mrs. Reagan. When Nancy Reagan was due to visit Rome, the Rabbs included Vidal on the list of guests for an official reception for the first lady. The White House, however, dropped him, and Rabb wouldn¹t cross Washington in Vidal¹s defense.

Having fallen out of favour with the Kennedys, having figured on Nixon¹s enemies list and now having been declared persona non grata by the Reagans, Vidal said he had scored a hat trick. But clearly he was annoyed that he was always, as the British say, "unclubbable."

Eventually, Vidal¹s I-don¹t-give-a-damn attitude acquired a troubling subtext. At social events, he took to announcing that he wanted to die. This unnerved Howard Austen, his companion, who in his agitation sometimes told Vidal to stop talking about it and drop dead.

In 1984, at a Christmas party in Rome that included Gay and Nan Talese, Vidal loitered with me in a corner and confided that Gay had been heard to accuse him of sucking all the air out of a room. "So I stand here occupying as little space and consuming as little oxygen as possible," he said.

Especially downcast that night, he dwelled at length on all that he had left undone, not just in his writing but in politics. "I would have led a secret life in Washington, no different from plenty of American pols. The problem isn¹t sex. I should have run sooner." (This was after his last campaign in
California for the Senate.) "If I had, I¹d be a senior senator by now, probably with a wife and kids. Maybe I¹d be president."

When I told him I had more trouble imagining him as a father than as president, he replied, "I have a daughter -- at least I think I do." Then he said, with a touch of belligerence: "You¹re like all young writers. You can¹t wait for the older ones to die off so you can replace them."

In the end, dying off took him almost 30 years. When I last saw him at the 2010 Key West Literary Seminar, he was in a wheelchair, drunk from dawn until midnight, insulting and abrasive to nearly everybody who crossed his path. At the same time he put on a good show, both on stage and off; as
always highly quotable, as always pursued by people who expected him to say something memorable and eviscerating.

But what I remember were his last words at a dinner across from the Ernest Hemingway home. A woman asked if she could bring him anything from the buffet, and he said, "How about a pistol?"

Then he reached out and touched my hand. "Help me. I don¹t know what I¹m supposed to feel."