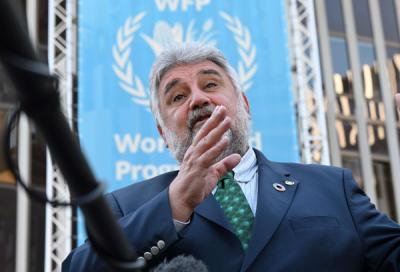 Abdulla succeeds Frederick Kenney from the US, on loan by the International Maritime Organisation, acting as interim coordinator for the UN at the Joint Coordination Centre (JCC).

The Black Sea Grain Initiative was launched on July 22 by Ukraine, Turkey, Russia, and the UN to enable the resumption of grain, food, and fertiliser (including ammonia) exports from Ukraine through a safe, maritime humanitarian corridor.

As part of this initiative, the JCC was established on July 27 to monitor the implementation of the grain shipment from Ukraine.

Guterres’ press office said that Abdulla brings over 30 years of experience in humanitarian response and management with the World Food Programme (WFP), as well as specialised expertise in emergency operations, supply chain, and security.

From 2009 to June 2022, he served as the Deputy Executive Director and Chief Operating Officer of WFP, overseeing its humanitarian operations around the world.