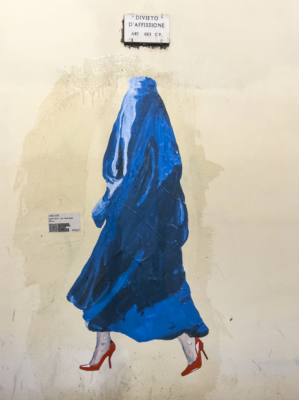 ROME - One year after Kabul fell to the Taliban, a new work by street artist Laika called 'Zapatos Rojos, Save Afghan Women' has appeared in various locations across the city.

On the night between Aug. 14-15, the posters were put up on the corner of Via Nomentana and Via Carlo Fea, next to the Afghan embassy and depict an Afghan woman wearing a burqa and red shoes, symbolising the fight against violence against women.

"A year has passed since the day the West condemned Afghanistan, a country already battered by years of war, to a new Middle Ages," said Laika, the artist behind the street art.

“The Taliban, with total impunity, are taking the progress of the country back by decades with their laws, and women are paying the highest price.

“In one year, women have ‘disappeared.’

“Gone is their right to work, to go to school, to love without being submissive (child marriages are dramatically increasing), to show their bodies, their faces. Those who rebel risk arrest, torture and enforced disappearance: thousands have been arbitrarily arrested, tortured, kidnapped and killed.

"Afghan women cannot be left alone in their fight. This is why I have decided to support Amnesty Italy's appeal for the defence of human rights in Afghanistan: just scan the QR code next to my work to access the link and sign or go directly to the Amnesty.it website. Let's support the Afghan people and especially women to defend their right to live in freedom, dignity and equality.” 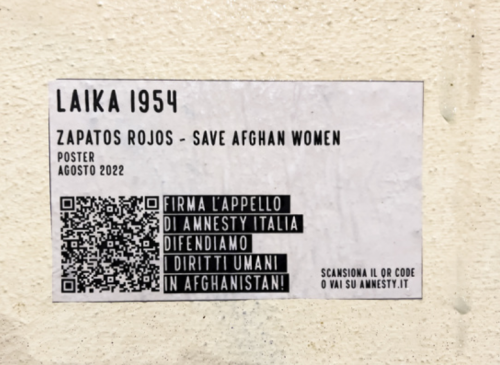