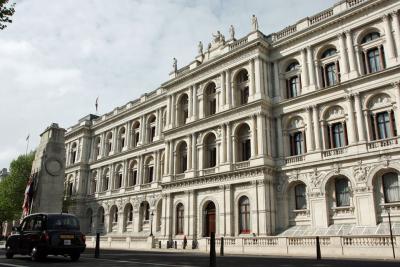 Foreign and Commonwealth Office. British government will continue to advocate for British and foreign lecturers

LONDON – In response to a parliamentary question on Tuesday, the British government has pledged to ‘continue to advocate’ with Italy for a solution to the longstanding problem of failure by Italian universities to compensate British and other lecturers for back wages and pension rights owing due to discrimination.

The European Commission announced the opening of infringement proceedings on Sep. 23, 2021, over the non-implementation of the European Court of Justice ruling of 2001 with regards to the payment of arrears in wages to its non-Italian lecturers, giving Italy two months to respond.

Many universities requested deadlines for the further extension of May 31, 2022, complaining that the education ministry is not giving clear enough instructions on how to calculate the compensation due to be paid in each university.

Following discussion with David Petrie, Chair of ALLSI, the foreign lecturers union in Italy, Deidrie Brock, SNP MP for Edinburgh, asked the Secretary of State for Foreign, Commonwealth and Development Affairs what discussions had taken place with its Italian counterpart to help “ensure that UK citizens who are (a) working at and (b) retired from Italian universities are compensated for arrears in unpaid (i) wages and (ii) pension payments?”

In response, Graham Stuart, Conservative party MP for Beverly and Holderness, declared, “The UK Government has been following this issue closely for several years. Her Majesty's Government Ministers and officials have made representations to their counterparts and will continue to advocate for a solution,” noting that “UK citizens have made, and continue to make, a valuable contribution to educational exchange between the UK and Italy.”