Wine trail of the popes 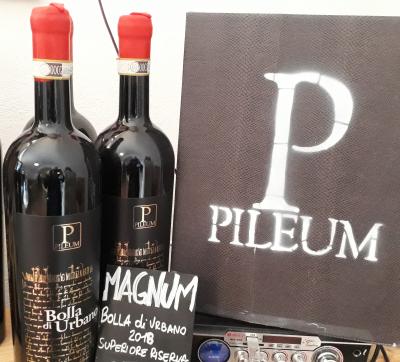 CIOCIARIA - The Cesanese Wine Route through the Ciociaria area of Lazio combines wine, food, and history in an attractive mix of culture.

Pre-covid figures of numbers of foreign visitors to Italian wineries were estimated at 15 million per year, according to the Statista Research Department (statista.com) report on enotourism published in 2019. The flux was halted, or very much reduced, over the past couple of critical years, but now, with the pandemic restrictions finally behind us, wine tourism in Italy is rapidly regaining its former popularity and recovering its status of the prime destination for tourists focussed on wine-tastings and local cuisine.  Much of this is thanks to the cultural environment.

According to an in-depth analysis on wine tourism published in the International Journal of Wine Research in 2015 (author Donatella Cinelli Colombini of the Brunello di Montalcino estate), the tourists who flock to Italian wine estates and cellars are also drawn in by Italy's other, well-known attractions, such as its preserved landscapes, historical sites, and local gastronomic specialities.

In this regard, the Cesanese Wine Route in the Ciociaria area of south-west Lazio is particularly well placed. Winding among the forested mountains of the Erici chain and the Valley of the Sacco River, it encompasses six historic towns: Anagni, Piglio, Acuto, Serrone, Paliano and Affili that are amongst the oldest and most fascinating in the region.

The hilltop town of Affili on the Cesanese trail is hailed as the birthplace of Cesanese del Piglio, the first red DOCG (Denominazione di Origine Controllata e Garantita) in the Lazio region. This ruby red wine, renowned for its spicy and aromatic nature, is made with the Cesanese di Affile grape, an autochthonous vine with small, later ripening grapes introduced some three centuries ago by Benedictine monks from the Monastery of Subiaco. Affili can also claim its very own variety of Cesanese – the DOC Cesanese d'Affile. The wine was popular from early times, attested by the old saying: “chi beve Cesanese campa cent'anni e un mese” (those who drink Cesanese live to 100 years and one month old!)

Ciociaria was originally a nickname, referring to ciocia, the typical sandals worn in years gone by the local shepherds and cattlemen. The area is not as well known in foreign tourist circles as it merits, despite its many unique sights, including the splendid Trisulti Charterhouse, founded in 1200, the impressive Collepardi Caves, the ancient five “cities of Saturn” with their massive stone walls allegedly built by the legendary Cyclops and the celebrated Fiuggi Spa where Michaelangelo obtained the mineral water to cure his kidney stones.

All of this is a stone's throw from the Cesanese Wine Route, which includes the cathedral town of Anagni, known as “the city of the Popes.” Four Popes were born here, and it was an important papal residence in the Middle Ages. Its lasting fame, however, is largely thanks to Dante Alighieri, who immortalised a medieval scandal in his “Purgatorio”, when Pope Boniface VIII was struck in the face and arrested by a turbulent local baron on the payroll of the King of France in 1303, during the long power struggle between the papacy and rulers of other states.

This Pope, who was subsequently rescued by the local townspeople, has been immortalised in the Timbalo di Bonifacio VIII, a sumptuous local gastronomic speciality containing macaroni, meat balls, eggs, tomato sauce, guanciale and parmigiano, all wrapped up and cooked inside a case of prosciutto. The recipe was invented in 1700 by the historic Ristorante del Gallo in the town centre, still fully functioning and still in the hands of the same family.

The magnificent Anagni Cathedral, with its soaring gothic columns and precious cosmatesque marble pavement, reflects the importance this town maintained throughout the Middle Ages. The crypt, covered in 11thcentury paintings by three “Unknown Masters” is known as “the Sistine Chapel of the Middle Ages”. It also contains a treasure trove of gold, ivory, and enamelled art objects, illuminated manuscripts and precious religious mantles. There are also the relics of the English martyr St. Thomas a Becket, murdered in his cathedral in Canterbury, and immortalised, in turn, by another poet...T.S. Eliot.

Another Pope, Urban II, was responsible for handing over the Anagni Castle, known as the Castrum Pileum, to the local Diocese, according to a papal bull, dated 1088.  The Cesanese del Piglio docg produced by the Pileum wine estate takes its name from this act and reproduces the bull on its labels. Estate owner, Antonio Borgia, is also the President of Cesanese Wine Route, inaugurated in 2006. Future plans include relaunching the former Cesanese wine co-operative as a research and events centre.

According to the International Journal of Wine Research report, the majority of wine tourists want to visit small, family-run businesses, where they can chat to owners and staff during the tastings and the cellar tours. Big, industrialised wineries are definitely not as attractive to them. The Cesanese del Piglio consortium is made up of 60 dedicated vintners, most of whom live on their farms, where they also produce extra virgin olive oil, ewes' cheeses, cold meats, and salamis, as well as traditional biscuits, cakes, and homemade pasta, made with the ancient gluten-light monococco wheat flour, the forefather of modern flour.

Serrone, Acuto and Paliano, the other towns on the Cesanese trail, are all atmospheric small towns encased in defensive walls and guarded by old watchtowers and castles – reminiscent of less peaceful times when warring barons contested supremacy and wolves and brigands roamed the surrounding forests. They are now all ideal bases for independent tourists exploring the area.

The Cesanese Wine Trail has introduced a booklet, aimed especially at families, called “Safari d'Arte” with guessing games involving all six of the wine tour towns. It invites visitors to follow the clues and explore the old streets, alleys, and piazzas to discover the many local curiosities and secret spots listed in the book – a perfect way to gain an original and in-depth view of this little-known corner of Lazio. 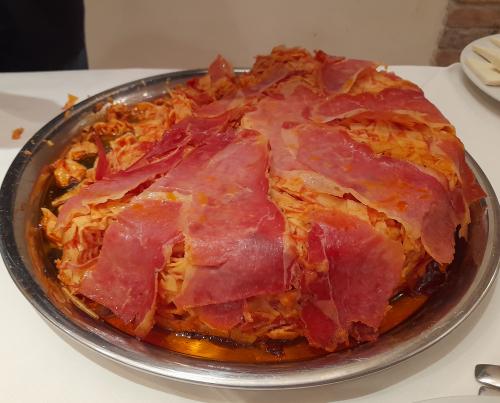 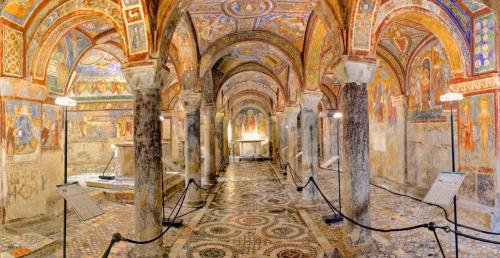