'Pearl of the Tyrrehian,' Maratea now accessible on 3-hour train from Rome 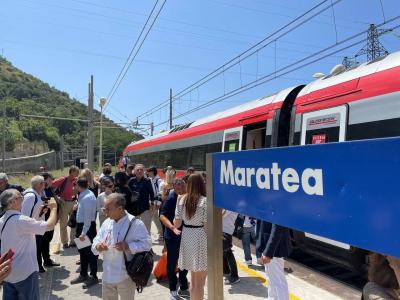 MARATEA – Trenitalia (FS Italiane Group) Frecciarossa have partnered with the Marateale – Basilicata international award’s 14th edition, in a promotion of Basilicata’s rich culture, making it possible to reach Maratea from Rome in less than three hours.

Maratea, ‘Italy’s best kept secret’, is a quaint seaside town in Southern Italy that offers breath-taking coastal views, as well as impressive mountains that surround the distinctive town. Largely untouched by tourists, the town offers an authentic window into the beauty of the Basilicata region. Among the picturesque alleys of the town, are 44 churches, something Maratea is well known for, and dazzling beaches along the coastline, including the black beach. The town is also home to the Grotte delle Meraviglie, caves that offer a fascinating glimpse of natural landscapes and structures, as well as the giant statue of Christ the Redeemer, Il Redentore on the Monte San Biago, one of only two in the world with the other in Rio de Janeiro. The statue is a focal point for the city, its impressive grandeur stretches its arms out to the people of Maratea who can see it from most points of the city.

A peaceful seaside break from Rome, now reachable in under three hours, compared with a four-and-a-half-hour drive, Maratea’s charming streets are teeming with colourful buildings surrounded by the town’s natural green beauty.

At the harbour, a typical Maratean restaurant served up authentic dishes from the region, including marinated aubergine, “La Melanzana” and “squacchiamadduni,” the typical intertwined mozzarella from Massa.

Amidst this scenic background and rich cultural heritage, the town has been hosting the film festival, Marateale for 12 years. This year, it took place between the 27-31 July.

“Trenitalia wants to support culture and cinema in becoming Marateale’s main partner,” told Luigi Corradi, CEO of Trenitalia, in the “pearl of the Tyrrehian, Maratea.”

The Frecciarossa train between Milano Centrale and Reggio di Calabria now stops at Maratea, after Salerno, only three hours from Roma Termini.

Extended to Intercity and Regional trains, the partnership also offered a discount from 20-50 percent to those who chose the train to get to the festival as a “concrete way of promoting collective mobility for even greater territorial cohesion and for the development of the country,” said Corradi.

The partnership forms part of a project seeking to widen transport links to encourage people to use the train to reach seaside destinations, committing to the enhancement of the territory, and also forms a part of the FS Group’s Industrial Plan 2022-2031, which aims to give a significant boost to Italy’s transport links, in particular in the south.

Daniele Stoppelli, Mayor of Maratea, said that the partnership would “innovate Maratean territory, bring something new to the city and would enrich the town’s strong points, its amenities and hospitality.”

Pietro Diamantini, High Speed Business Director of Trenitalia, also stressed the central topic of energy in the partnership, “energy is no longer just an industrial question, but also a political one. The partnership tackles technical and political subjects and places Maratea within this as an important player, supported by the Basilicata region.”

The partnership poses an “an incredible opportunity for the city and its welcoming capacities, as well as for young people,” told Nicola Timpone, as it promoted the film festival, opening the possibility for a wider public to immerse themselves in culture and cinema.

Marateale film festival’s 14th edition was held in the gardens of the picturesque Santavenere hotel and gave young talents visibility. The partnership is therefore advantageous to these young creatives who had the opportunity to present their work to a wider scope of people.

The mayor of Maratea added that Maratea is making an effort to launch itself onto the international scene, and that the partnership will encourage tourists to visit the town and the Basilicata region, generating economic benefits in a “historic moment” for Maratea. 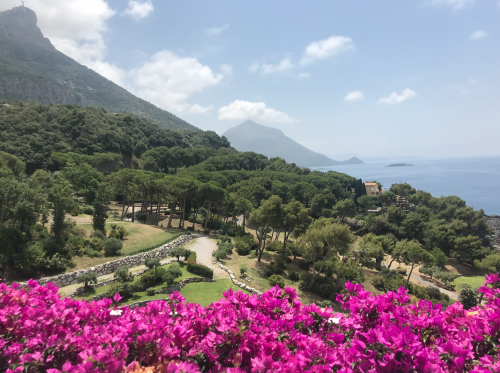 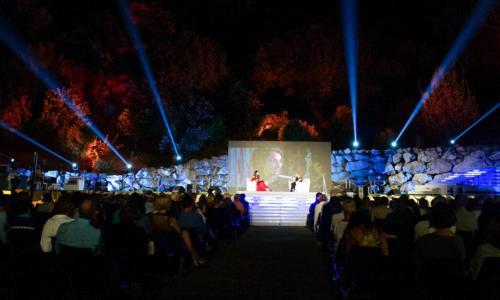