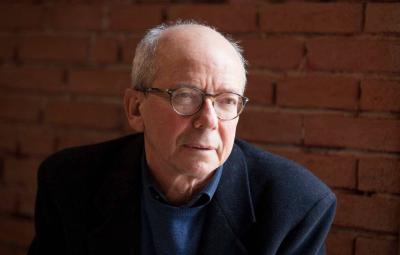 VIAREGGIO – On June 24 Wlodek Goldkorn won an international literary prize at the 93rd edition of the Viareggio-Rèpaci. The prize was awarded in recognition of his constant commitment with which, in more than forty years and a writer and journalist, he has worked for cultural and social progress and for the pacification of conflicts.

Goldkorn is an Italian writer, journalist and editor. He was born and raised in Poland. From 1968 he lived and studied in Israel and then moved to Italy. His work concerns Jewish issues and the history of Central and Eastern Europe.

As editor he coordinated the cultural section in the Italian weekly news magazine L’Espresso. In the 1980s and 1990s he was one of the founders of L'ottavo giorno and L'Europa, magazines devoted to the history and culture of Central and Eastern Europe.

Wlodek Goldkorn is also a co-author with Rudi Assuntino of the book Il Guardiano. Marek Edelman racconta published in 1998. In 2006 he wrote La scelta di Abramo. Identità ebraiche e postmodernità. In The Child in the Snow written in 2016 he questions the meaning of memory in the reference to the World War II and the Holocaust.

Identity problems also were also a feature in the book L'asino del Messia from 2019. In 2021 he published a children’s book under the title Il bambino che venne dal fiume, which is a reinterpretation of the story of Moses and which included illustrations by Sergio Staino.

The award ceremony will be held during the final evening of Viareggio-Rèpaci on Sunday July 31 in Piazza Maria Luisa on the stage near the Grand Hotel Principe di Piemonte in Viareggio.

In the next few weeks, the poetry winner of the 93rd edition of the Viareggio-Rèpaci will be revealed and then after the fiction winner in the final ceremony.