At the Museum of Rome, Arctic tales take visual form 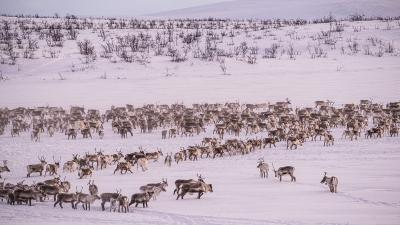 ROME - Photographic images taken between 2018 and 2019 by Milan-born photographer Valentina Tamborra come to the Museum of Rome and are the result of two reportages on the Arctic from her residency: Skrei - Il viaggio and Mi Tular - I am the border, a series of events dedicated to the discovery of the Arctic, from an anthropological, cultural, and social point of view.

The first, Skrei - Il Viaggio, takes its name from an ancient Viking expression å skrida, which means to travel, to migrate, to move forward, but above all it is a photographic journey to highlight the link between Italy and Norway. In fact, Valentina Tamborra's journey begins in the Biblioteca Apostolica Vaticana in Rome and then in the Biblioteca Nazionale Marciana in Venice, where records are kept of Pietro Querini's adventurous voyage in 1432, when he survived the shipwreck of his ship, to the Lofoten Islands and was rescued by local fishermen from whom he learnt the methods of preserving cod, which he exported to Venice on his return. In her professional journey, Tamborra investigates the concept of borders under different interpretative keys, analysing it as a physical, social, and cultural frontier. The reportages touch on key issues such as climate change, sustainability, inclusion, respect for cultures, preservation of memory, tradition, and language.

With Mi Tular - Io sono il confine, Valentina Tamborra travels to the Svalbard Islands, a strip of frozen land set in the Arctic Ocean, where polar bears and people vie for an invisible border. The word Tular, which in ancient Etruscan means I am the border, recalls the myth of Ultima Thule, the last island beyond the known world. The author takes a closer look at who the people who have decided to settle in this remote corner of the world are. In this “bubble” on the edge of the North Pole, men, and women from all corners of the world coexist here in a peaceful mixture of languages, cultures, ethnicities and religions. Where nature is deadly, human beings must find a new mode of survival. The subjects portrayed are scientists; sled dog breeders; philosophers who are plumbers; chefs who open classy restaurants with the largest selection of wines in Europe, in a place where alcohol is rationed; a miner, who in his spare time writes children's fairy tales: ambitious men who, in this remote place try to preserve a universal memory by starting a huge project, the Arctic World Archive, the largest "library/archive" of all human knowledge inside a disused mine. Svalbard is home to many research endeavors, including the world's northernmost university, the Norwegian Polar Institute, headed until 2021 by a passionate and courageous man who decided to defend the delicate and majestic beauty of the Arctic: Kim Holmén. Holmén has held many roles in Svalbard research over the past three decades. Today she is an associate professor at ITU, the Arctic University of Norway, located in Tromsø.

Below is the schedule of appointments hosted at the museum's Multimedia Room, which will include a visit to the exhibition.

Kim Holmén himself-along with SIOI President Franco Frattini and Valentina Tamborra, are the protagonists at the first ARCTIC TALES event, titled Sustainable communities, which took place on Friday, May 27, Appointments with ARCTIC TALES continued on Tuesday, June 7 from 5 to 7 p.m. with Global Ocean Panel, an English-language meeting with Henrik Harboe, Norway's Special Envoy Oceans, the director of FAO's Fisheries and Aquaculture Division, and other experts on the subject. The event is being held to mark the International Year of Artisanal Fisheries and Aquaculture.

On June 22, the Museo di Roma in Trastevere will also host an important meeting, An Introduction to Sámi Contemporary Art: from the Venice Biennale till the history behind with Kristoffer Dolmen, director of the Sámi Dáiddaguovddáš, Sámi Contemporary Art Center, from 5:30 to 7:30 p.m. He will offer an overview and introduce the audience to the scene and history of contemporary Sámi art, on the occasion of the creation of the Sámi Pavilion for the 59th. Venice Biennale. Opening the evening, Valentina Tamborra will offer her new photographic project "Ákhát - TerraMadre," dedicated to this very population. The photographer's journey will culminate in this third Arctic chapter "Ákhát -TerraMadre," which composes the artist's trilogy related to the peoples living beyond the Arctic Circle, namely the native Sámi people.

Valentina Tamborra, born in Milan in 1983, where she lives and works. She deals mainly with photo shoots and portraits, loving to mix narrative and image. She has collaborated and collaborates with some of the leading NGOs and organizations such as amref, Doctors Without Borders, Albero Della Vita, Emergenza Sorrisi and the Italian Red Cross. His projects have been the subject of exhibitions in Milan, Rome, and Naples. He has published in major national media and participated in radio and television broadcasts. He is a lecturer at the Italian Institute of Photography in Milan and has given lectures and workshops at IED (European Institute of Design) and Naba (New Academy of Fine Arts), where Doppia Luce, his first major personal project, after being on display, resulted in a lecture series. In April 2018, he won the aif New Photography Award at the Milan Photofestival.

Opening hours: Tuesday to Sunday from 10.00 to 20.00, last admission one hour before closing
Closing days: Monday

Before planning the visit, consult the notices 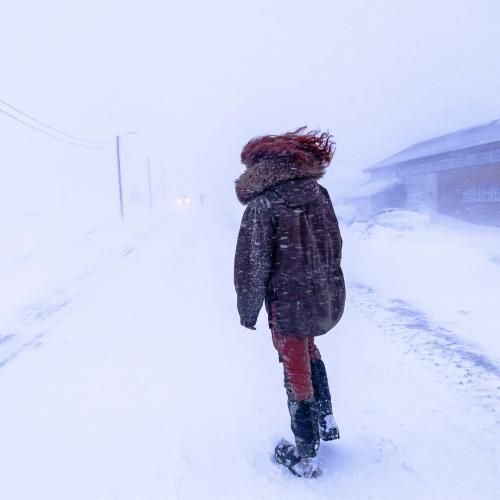