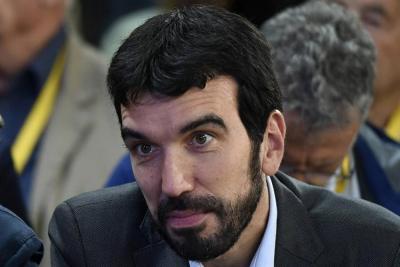 ROME- The FAO arranged to meet Wednesday for the first Mediterranean Ministerial Dialogue on the Food Security Crisis hosted by the Farnesina. The jamboree calls on the international community to support the most vulnerable African countries in importing agricultural raw materials, such as wheat, maize, and fertilisers. It will also discuss how to efficiently use fertilisers in areas where they are in short supply due to the Russian invasion of Ukraine.

As many as 23 countries will be in attendance and seven international food security organisations. Maurizio Martina, Assistant Director General of the FAO, was presenting the Food Important Financing Facility that aims to mobilise international resources of as much as 9 billion euros to mitigate the food security crisis in the African context due to Russian aggression blocking Ukrainian grain exports.

Martina emphasises the urgency of the meeting that will also aim to discuss concrete measures to tackle the impact of the food crisis in Ukraine due to the effects of the Russian invasion.

“After 100 days of war, 3 million tonnes of wheat and 12 million tonnes of corn are missing which should leave Ukraine, as well as the approximately 20 million tonnes of maize and wheat stranded in the Black Sea ports and in danger of rotting,” Mauro explains. It is hoped that this will all be released by an agreement between parties and not through unilateral initiatives.

The summit is a “natural continuation from the work carried out last year whilst Italy was chairman of the G20 on food security issues,” Martina explained. It was being attended by the Director General of the FAO, Qu Dongyu with foreign ministers, and representatives of seven international organisations (FAO, Union of the Mediterranean, Ifad, Wfp, the EU Commission, the African Union, and the World Bank).

Equally urgent is the more efficient use of fertilisers, Martina explained: "in addition to unblocking their commercial flow from Russia and Belarus, it is crucial to optimise their use, through the use of data and digital soil maps to consume less and consume better: work will be done in these countries to calibrate the use of this scarce commodity.”

Italian Foreign Minister, Luigi Di Maio, opening the summit, declared: "hunger and food shortages have always been at the top of the international agenda, but food shortages have rarely had such a worldwide impact." He added that he hoped that dialogue between the Russian and Turkish foreign ministers will see progress on the release of the food blocked in Ukranian ports. He stressed the urgency of immediate action, as the food crisis could risk becoming a world food crisis, leading to the destablisation of already fragile states, news wars and migratory flows.

Italy intends to play a role in the international community's response to this crisis, he confirmed.