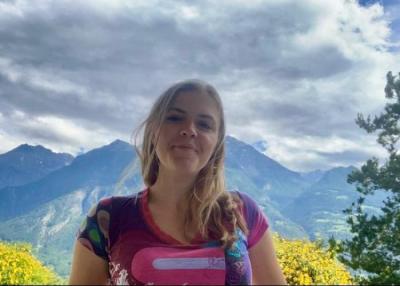 LISBON – 19-year-old Giulia Pession, a student from the liceo classico in Aosta, won the International Philosophy Olympiad in the capital of Portugal, coming out on top over the other 87 finalists from 42 different countries, as told by the Ansa news agency. The contest took place on 26-29 May.

This year’s Olympiad was dedicated to the theme “identity and person” in reference to the works of Portuguese writer, Fernando Pessoa. The Olympiad consisted of four philosophical works as topics, including a fragment of Heraclitus, a passage by Kant taken from the “Critique of Judgment”, another by Hannah Arendt from “Eichmann in Jerusalem. A Report on the Banality of Evil” and a quote from a book by the Chinese philosopher Laosi, “Daodejing. Philosophical translation".

Giulia Pession chose a fragment of Heraclitus for her line of argument: “Although the logos is common, most people live as though they had their own thought.”

“In my paper in English I partly contested this idea of ​​a nature common to all, arguing that people have different thoughts precisely because they are different from each other. What matters most is that every thought is organised in a logical way and supported by solid arguments,” she explained.

When interviewed, Giulia Pession spoke of the importance of philosophy in science. “Philosophy is very useful to develop your own thinking. You also have to think about the fact that science would never have arisen without philosophical questions, philosophy is not absolutely an oxymoron in comparison with science, on the contrary, it continues to be a fundamental talking point for science,” she concluded. Her future plan is to continue studying philosophy, in particular philosophy and ethics, in London.

The last time an Italian won the International Philosophy Olympiad was in 2002 when the prestigious prize went to a student from Rome.