Has the #MeToo era finally dawned in women’s tennis? 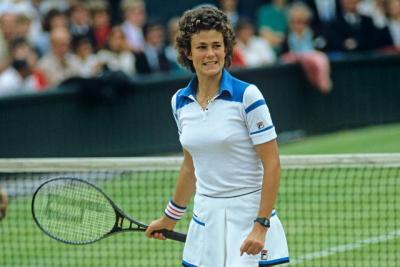 PARIS - Cases of sexual abuse on the women's tennis tour are coming to light as commonplace in the sport as women testify their experiences. For decades female empowerment has been integral to women’s tennis.  It may have started as a slogan—You’ve Come a Long Way, Baby! —but it soon became a reality.  Players are now among the most popular and best paid athletes in the world.  But like the little bug that undergirds the most beautiful butterfly, tennis has long hidden under its glamorous exterior, an ugly truth.  Women’s tennis is a petri dish of sexual abuse.

In the past year, deeply troubling events forced the secrets of the circuit into the headlines.  First, the former World Number One doubles player, Peng Shuai, posted an internet accusation that Zhang Gaoli, the retired Vice Premier of China, had assaulted her and coerced her into a sexual relationship.  That she then disappeared and belatedly recanted her accusations did nothing to kill the controversy.  Quite the contrary, the WTA cancelled all its tournaments in China until it could speak directly to Peng Shuai and verify her safety.

Subsequently, Pam Shriver added powerful evidence about inappropriate relationships on the women’s tour.  Winner of multiple Grand Slams doubles titles, Shriver has stayed close to the game as an on-camera TV commentator.  Shortly before the French Open, she spoke out about her distressing experience of sexual abuse.  Now 59 and the mother of three, Shriver revealed that from the age of 17 until 22 she was intimate with her long-time coach, Don Candy, a married man three decades her senior.  Shriver said that at the time she regarded the relationship as consensual; she didn’t see herself as a victim.  But as years passed and she received therapy, she concluded that there had been a serious boundary offense and a violation of professional ethics on Candy’s part.  She compared what happened to her to taboo sex between doctors and patients, lawyers and clients, and even guards and prisoners.  Because of the inherent power imbalance, no underage tennis player is in a position to give informed consent.

Shriver said she had been aware during her career of girls who had suffered the same or worse than she did.  She mentioned a Wimbledon champion who had been raped in early adolescence by a coach who went on to work with other women.  Tragically, many coaches are serial offenders.  When Isabelle De Mongeot, a prominent French player, accused her coach, Régis de Camaret, of sexual assault, a dozen other girls claimed that they too had been molested by de Camaret.  Justice was ultimately served and de Camaret was jailed.

Shriver spoke off the record about current players and coaches who she suspected of inappropriate relationships.  To stop the cycle of abuse, she emphasised that there needs to be more and better education and rules that are strictly enforced.

Simultaneous with Shriver’s interview at Roland Garros, Matt Futterman of the New York Times published a detailed article about Adrienne Jensen, a once promising junior whose career was cut short by a predatory coach, Rex Haultain.  Offering her a place at a tennis academy in Kansas City, Haultain began by grooming Adrienne’s parents, praising her talent and convincing them he was trustworthy.  The Jensens decided their teenage daughter was safe to travel overnight with her coach—a reminder of Pam Shriver’s parents who were confident that she was safe with Don Candy.

Haultain soon started intruding into all aspects of Adienne’s life.  He didn’t just praise her game, he praised her beauty and sexiness.  He texted her a picture of his penis; he coerced her into sending him nude photographs.  He demanded secrecy and swore she’d be ruined in tennis if she betrayed him.  Ashamed and guilt-ridden, she kept silent until after Haultain manually penetrated her at the USTA Winter Championships in Arizona.  Petrified at the idea of an upcoming trip to Portugal with Haultain, Adrienne confessed to her sister who told their parents. The Jensens’ instinctive response was to fire Haultain as her coach but to try to deal with the issue privately.  Her father felt he was protecting his daughter against the trauma so many sexual abuse victims suffer when they go public.  In retrospect he realized he should have reported Haultain to the police.  This was precisely what a teacher at Adrienne’s school did when he learned of her assault.  In fact, the teacher was legally obliged to report the case.

Rex Haultain accepted a plea deal and did time in prison.  After his release he was deported to his native country of New Zealand.  Adrienne went on to play college tennis but regrets that her greater dreams were derailed.  As she told Matt Futterman, she wonders why she wasn’t warned about predatory coaches and why various tennis organizations didn’t do a better job of protecting her.  Pam Shriver makes the same point which amounts to an impassioned plea; tennis has to start educating players and coaches about sexual boundaries and legally punishing coaches who violate them.

Michael Mewshaw is the author of 22 books, among them Ladies of the Court: Grace and Disgrace on the Women’s Tennis Tour, now available as an e-book.