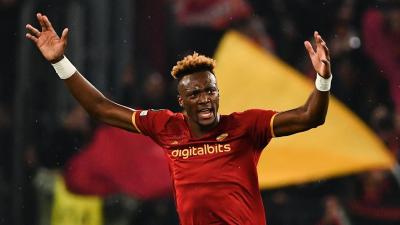 ROME – After defeating Leicester City 1-0, AS Roma goes to the final of Conference League in Tirana May 25, organisers said. Josè Mourinho's team will face the Dutch Feyenoord, which eliminated Marseille.

It will be the first time Roma will play in an European final for 31 years.

At the beginning of Thursday’s game the hosts took full initiative and dominated. As a result, AS Roma took the lead already in the 11th minute of the match. The sniper Tammy Abraham, who plays as a striker, used a pass from Lorenzo Pellegrini and headed in a goal.

In the 17th minute Roma had another opportunity to score a goal with Pellegrini, who forced the Foxes goalkeeper to intervene and took a corner kick. Over time, Leicester activated an offensive game, but Roma's defensive skill prevented the English players from scoring. In the next part of the game the pace slowed down and Mourinho’s team focused mostly on solid, effective defense.

The first edition of the Conference League started this season. By winning the game against Leicester Mourinho became the first coach in history to reach the finals of the Champions League, Europa League and the Europa Conference League. Now he has a chance to be the first to win in all three cups.

“There are many levels of expectations and of hope. The history of Roma is a history of suffering, they do not win much and have played few finals,” the coach of AS Roma told a press conference.

Mourinho also thanked players for two good games in the semifinals against a great team and highlighted that “it was a victory of the family who were on the pitch, on the bench and in the stadium.”