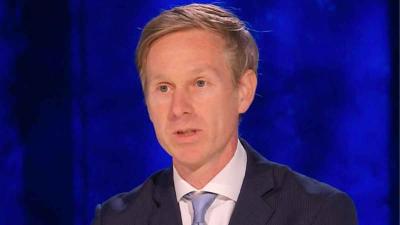 ROME – LUISS University has decided not to renew its ‘Observatory for International Security’ website after a lecturer and the site's director, Professor Alessandro Orsini, publicly made controversial comments regarding the war in Ukraine, education sources said.

Professor Orsini is a lecturer at LUISS who specialises in the subject of terrorism. In a televised interview for the channel nine programme Accordi & Disaccordi (Agreements and Disagreements), aired on Friday, he explained why he thought it was dangerous for new countries to join NATO at this point using a comparison to the Second World War.

“First I must clarify how the Second World War broke out,” began Orsini during the programme. “When Hitler invaded Poland he didn't want World War II. It did not break out because Hitler at one point deliberately decided to attack England, France, Poland and Russia.”

His explanation continued, “Hitler had no intention of starting the world war. It happened that European countries created military alliances, each of which contained an article 5 of NATO, that is, an article that provided, in the event of an attack by a foreign country, that all the members of the coalition would go to war.”

“What happened is that on Sept. 1, 1939, Germany invaded Poland, England and France allied with Poland, and a domino effect was created that Hitler had no interest in and that Hitler did not even expect to trigger.”

Although Orsini has not lost his position as lecturer, LUISS university decided to close the website of which he had been the director. The website had been supported by the energy company, Eni.

"The collaboration agreement with Eni for the construction of the Observatory on International Security, entrusted by the university to Professor Alessandro Orsini, expired about two months ago and will not be renewed,” said the university in a statement. “For this reason, the communication channels of the Observatory, including the International Security website, are no longer active.”