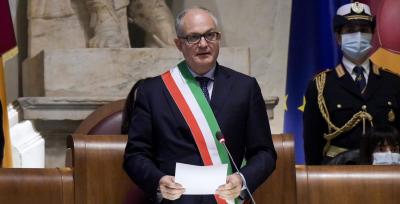 ROME – In Wednesday’s Capitoline Assembly, Mayor Roberto Gualtieri explained his decision to approve a new ‘waste-to-energy plant’ to alleviate the Eternal City’s rubbish problem, however trade unions criticised the leader for not calling the plant ‘an incinerator’ and expressed their dismay with the environmental impact it may have, political sources said. The location of the new plant has not yet been confirmed, and this debate is also causing controversy.

Rome produces over 1,200 tonnes of undifferentiated refuse per day. In his long speech on the subject, Mayor Gualtieri argued that the best way to lift the capital out of its waste management crisis was to construct a ‘waste-to-energy plant’ capable of processing 600 thousand tonnes per year, saying this solution would make it possible to close the plant in Rocca Cencia and “reduce the need for landfills by 90 percent.” The incinerator would be modelled on one in Copenhagen, which was used as an example by several rival candidates in the mayoral elections. It would be expected to be built by 2025 or 2026.

The second-best option, said the mayor, which would still reduce the need for landfill by 65 percent, would be a “highly effective” landfill and instead the mayor would construct one smaller plant to process 60 thousand tonnes per year. He assured that thanks to the waste-to-energy plant it will be possible to “reduce the refuse tax by 20 percent and increase the resources for cleaning the city.”

The secretary of CGIL, Michele Azzola, said the mayor was offering "bad choices that look to the past.”

“After six months of silence, we must note with disappointment how the guidelines presented today do not solve any of the problems that the capital is experiencing in waste management,” said Azzola.

Ferdinando Bonessio from Green Europe said, “we cannot think that some technical or technological choices are easily applicable to our city. Let's call these plants what they should be called: incinerators.”

Alessandro Luparelli and Michela Cicculli, directors of the Ecological Civic Left group said, "the incinerator is a choice that does not look to the future.”