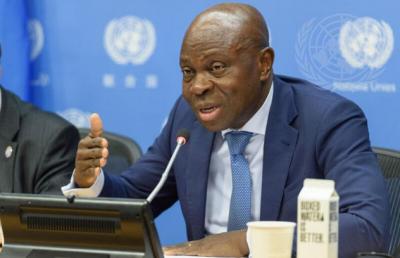 ROME – ILO director general elect Gilbert Houngbo is working out his notice as IFAD president by trying to pave the way for a successor from his region while attracting raised eyebrows from diplomats for evidently failing to pause making appointments to top jobs at the Rome-based agency during the transition period, IFAD sources say.

The former Togolese prime minister is due to start his new job as director general of the ILO in October following his election to the job last month.

“Instead of pausing appointments in the interim, Houngbo shortlisted two candidates to be HR director at IFAD, neither of whom meet the mandatory requirements,” a well-placed IFAD source told the Insider.

“This is a violation of the HR policy approved by the Board. This was raised by staff already earlier and as a weird compromise the President appointed one of the two shortlisted candidates as HR Director ad interim.”

Houngbo’s determination to keep IFAD an African fiefdom by arranging for an African candidate to run for IFAD’s presidency is a practice started by the Nigerian potentate Kanayo Nwanze, IFAD watchers say.

Staff at IFAD headquarters celebrated the departure of the overbearing Nwanze with champagne and judging by an unprecedented open letter from staff recently chastising the Togolese kingpin’s management style there may be more revelry in October.