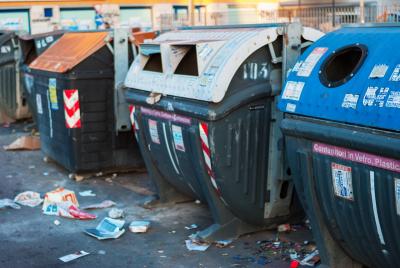 ROME – Just a few months after newly elected mayor Roberto Gualtieri pledged to end the city’s waste collection problem in time for Christmas, the streets of the historic centre are once again piling up with refuse as now Easter approaches.

"The main problem is the waste from the hundreds of catering businesses that accumulate in the hidden corners of the alleys," says Viviana Di Capua of the Inhabitants of the Historic Centre neighbourhood committee, in reference to the heaps of uncollected waste around the Pantheon, Piazza Navona and Campo de' Fiori.

Last week Rome’s waste management company Ama increased the number of collection shifts on Saturdays and Sundays, but following the first weekend of implementation residents said nothing was any different.

“On Monday mornings the street is a carpet of bottles and litter,” said Di Capua. “We have to slalom around the rubbish and just think of what problems it causes for disabled people in wheelchairs or mothers with prams.”

Local businesses have said that standard door-to-door collection is inadequate for their commercial operations.

Alexia Sasson of the Esquiline neighbourhood committee said, “Monday morning is a disaster. Hotels and restaurants are trying to reduce quantities, even by reusing cartons several times, but the amount of waste is significant and we don't know where to store it.”

Some bins in the historic centre have temporarily been removed in order to be replaced with new ones, which is causing extra problems in the run-up to Easter, the most important date in the Catholic year.

Sassoon points out that “the conditions are explosive between via Giolitti and via Marsala, near Termini station, where homeless people find shelter among piles of waste. We have made numerous reports but no one has ever intervened,” she said.

Meanwhile in Prati and Trionfale, near the Vatican, “the situation has objectively improved,” said Paola De Vecchis of the district committee. However, the area is also still experiencing problems.

“Restaurant businesses and supermarkets use bins intended for private use, filling them from the early hours of the morning,” said De Vecchis.

Mayor Gualtieri said "Rome has improved but deserves to be cleaner and there is still a lot to do." 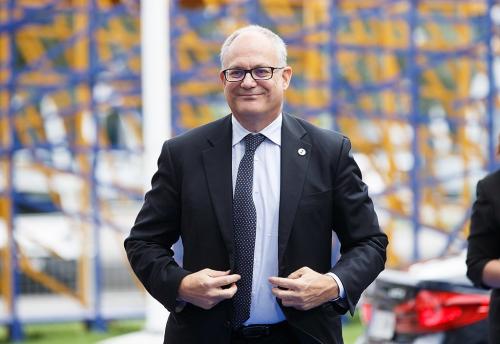