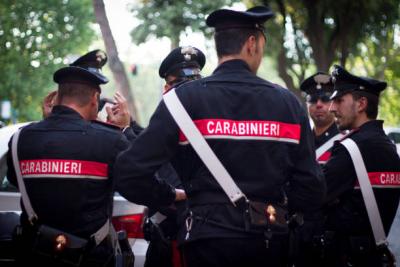 ROME – Carabinieri arrested 65 people "suspected of being part of a Mafia-style criminal association" on the coast south of the Eternal City early Thursday morning, on orders from the district anti-mafia directorate, said authorities. Two Carabinieri were among those arrested, said Roma Today.

The judge for preliminary investigations issued the 65 precautionary measures acting on the hypothesis that a local cell of the 'Ndrangheta "had taken control of the territory on the coast south of Rome, infiltrating public administrations and managing international drug trafficking operations.”

There are indications that the two Carabinieri arrested allegedly disclosed confidential information to the mafia-type association. One is under house arrest while the other is in prison. They are both accused of "disclosure and use of office secrets," while one is also suspected of "external complicity with a mafia association.”

The president of the Anzio and Nettuno anti-mafia coordination association Edoardo Levantini and the president of Networks of Justice Fabrizio Marras wrote, "today's investigation has hit the local Ndrangheta di Anzio and Nettuno, for decades, rooted on the coast and with links also in Aprilia and the capital. The Gallace clan in Lazio and northern Italy represents one of the most powerful and least known criminal groups.”

“For years we have been denouncing this serious situation, asking the prefecture to intervene, underlining the seriousness of the attacks, intimidation and threats against councillors and municipal secretaries, many of whom have resigned.”

“In these territories there is a strong blanket of silence which unfortunately pervades a large part of the population.”