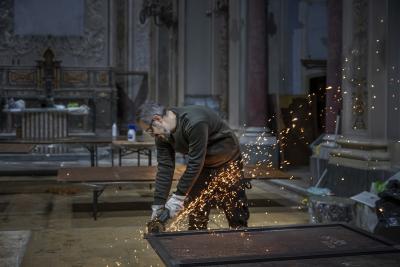 ROME – For the first time, a single artist will represent Italy at the 59th Venice Biennale International Art Exhibition. Gian Maria Tosatti will exhibit his ambitious project, ‘History of Night and Destiny of Comets’ at the Italian Pavilion from April 23 to Nov. 27.

Curated by Eugenio Viola and promoted by the Directorate-General for Contemporary Creativity - Ministry of Culture, the project acts as a powerful statement of contemporaneity, capable of restoring a bold reading of the present and giving Italy a unique voice.

History of Night and Destiny of Comets is a vast environmental site-specific installation that occupies the whole space of the Tese delle Vergini and proposes a vision of the current state of humanity and its future prospects. The work is conceived as an intermediary device that contains and mixes a variety of languages, and integrates literary references and visual art with stimuli from theatre, music, and performance. It is a complex, experiential narrative machine that leads the visitor along a sensitive, sometimes familiar and sometimes unsettling path, with the aim of creating a new awareness and concrete reflections on the possible destiny of human civilization, which fluctuates between the dreams and errors of the past and the promises of a future that has yet to be written.

The Italian Minister for Culture Dario Franceschini has called the project "a fascinating exhibition project ranging over different artistic languages ​​and exploring the contradictions of contemporaneity, as well as the relationship between man and nature.”

The installation explicitly refers to the 17 goals in the 2030 Agenda for Sustainable Development, signed by 193 UN member countries in Sept. 2015, by stimulating a public debate about the environment, the urban landscape, and sustainable ecologies. It confronts the health and education of future generations, the protection of nature, sustainable development in terms of territory and rethinking ethical models of production, consumption and profit.

Roberto Cicutto, President of the Venice Biennale, explained, “as a former man involved in the film industry, I would have liked to produce a film called History of Night and Destiny of Comets. It promises mystery, discovery, and the thrill of an extraordinary journey.”

The narrative tells of the difficult balance between sustainable development and territory, and between ethics and profit, proposing an aesthetic reading of this scenario and offering an unprecedented platform to develop a comprehensive and profound debate on these issues.

Italy, with its particular historical background as a young nation recovering from two world wars and affected by an extraordinary economic growth, the so-called "Italian economic miracle," provides the backdrop for this exhibition.

In a nod to theatre, the exhibition splits the narrative into a prologue and two acts. The first room is a journey into the 'Bel Paese' and coincides with the Story of Night or rather the symbolic story of the rise and fall of the Italian industrial dream. A sequence of disturbing scenarios prepares for a final vision in which the imagination is overturned in a true epiphany.

The Destiny of Comets is the final vision, which reminds us that indignant nature has not forgiven man. Through this image emerges a powerful and unsettling epilogue, an inverted disturbing element, and the sign of possible peace. The exhibition ends on a message of hope about the destiny awaiting humanity that, like a comet, has crossed the universe with a great luminous trail.

The Italian Pavilion has also organised a calendar of scientific-informative meetings, both in person and online, that will bring together professionals and experts from ecological and cultural fields to discuss and debate the themes of the exhibition.

All the ideas generated and the reflections developed will be collected on a website available to anyone wishing to deepen their research into alternative models of life and development. An extensive corpus of audiovisual documents of the work will also be created.

The program of activities open to the public will be announced soon and constantly updated. 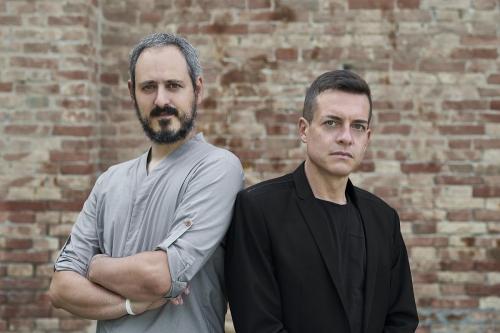